Father Renald Labarre: the life of a Catholic priest

Voices of Biddeford interview with Father Renald Labarre on January 3, 2019

With initial aspirations to be a doctor, somewhere this changed, and Renald Labarre became a highly respected priest. Instead of taking care of the bodies of people, he chose to take care of their souls. He shared stories of growing up in Biddeford, the Depression and World War II as well as the struggles and rewards of priesthood. Once "retired," he continued to visit his hometown to say masses for special occasions such as Christmas and La Kermesse Festival.

Off the record, Father Labarre shared a story of how he was pre-ordained to become a priest without his knowledge. Due to an unfortunate accident, he almost died at a very young age due to burns and scalding. The local priest, Father Zenon Decary, asked for some time alone with Renald who was expected to die. When he came out of the room, he told Renald's mother that he would be ok because "God had a plan for him." Renald's mother never told him of this discussion as she did not want to influence his decision to become a priest. Father Labarre said that when he informed his mother for the first time that he wanted to become a priest, she told him she already knew. In part of the oral interview that was not recorded due to unforeseen difficulties, Father Labarre spoke of how he came make the decision to become a priest, the nun who was an influencing factor in that decision and what it was like to tell his parents of his decision. This was the first and only time he ever saw his father cry.

For more stories from the Voices for Biddeford project, visit Voices of Biddeford. 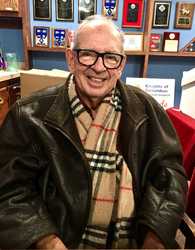 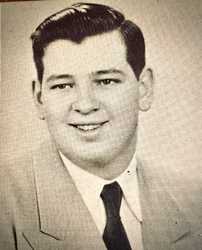 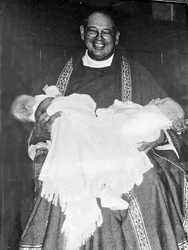 Father Labarre...always a smile and never too much to handle

Father Labarre...always a smile and never too much to handle