Paul Gagne: Living a life fully engaged in his community

Voices of Biddeford interview with Paul Gagne on October 13, 2021

Born in Biddeford in 1941, Paul Gagne (known as Norman in his youth) grew up in Biddeford, married his high school sweetheart, and raised two children in his hometown. He served his country in the Air Force spending 14 months on Guam. A family man first, Paul worked at the West Point Pepperell then served the City of Biddeford as a loyal employee for 30 years.

In his interview, Paul shared stories of growing up in Biddeford during the 1940s and 1950s; the evolution of downtown; his reaction to President John F. Kennedy's assassination while serving on Guam; the early days of computerization and his role in building automated systems for the City of Biddeford; serving as a volunteer/leader with St. Joseph School Parent Teacher Organization, La Kermesse, Parish Council, hockey coach and the St. Louis Alumni band (and more!). He was named the 2021 Volunteer of the Year by the Biddeford Cultural and Heritage Center.

For more stories from the Voices for Biddeford project, visit Voices of Biddeford. 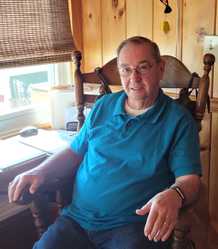 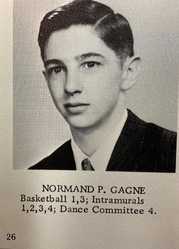 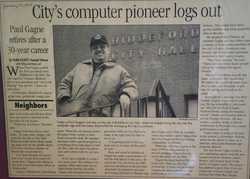