Pandemic ruminations and the 1918 death of Rose Cleveland 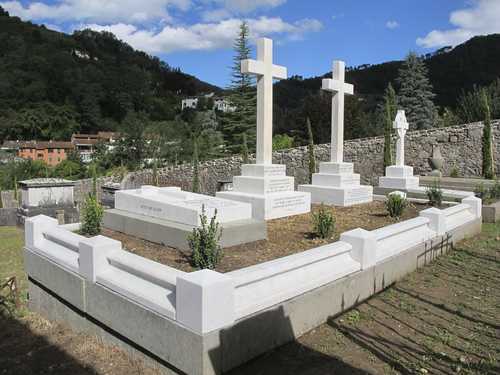 The COVID-19 virus, or novel coronavirus pandemic, hit the world in late December 2019 starting in Wuhan, China. The virus quickly started to spread in this globalized world—hitting Italy and Iran particularly hard after having its way with China. Inevitably, it reached America where, as of April 2020, most states (including Maine) have instituted stay at home orders. Our current pandemic leads me to consider similar events from 1918. In particular, I have thought a lot about the lives of Rose Cleveland (1846-1918) and Evangeline Whipple (1857-1930), two American women whom I have been researching and writing about for the past 17 years. (1)

During World War I while Rose and Evangeline were living in Bagni di Lucca, Italy, they jumped into action assisting refugees from eastern Italy in 1918. At the time, no-one realized that the soldiers returning home, as well as the refugees, were carrying and spreading a deadly influenza virus—known then as the Spanish flu.

Rose Cleveland and Evangeline Whipple were friends, lovers, partners, Christians, and dedicated philanthropists. Cleveland was the sister of President Grover Cleveland, and served as his official White House Hostess for the first 15 months of his first term until Grover married Frances Folsom. Rose was a scholar, teacher, writer, business owner, and farmer. Evangeline Whipple was born in Massachusetts, and became wealthy when widowed after two years of marriage to Michael Simpson, who owned the Saxony Mills in Framingham, Massachusetts. Evangeline became involved with Rose beginning in 1890, until missionary work and her 1896 marriage to Henry Whipple, the Episcopalian bishop of Minnesota, took her to the prairies of what was then called the Northwest Territories. Evangeline deployed her wealth to further social justice, cottage industries, and church initiatives, especially among Native people. We understand that many of programs were based in colonialism and still are causing trauma in those communities today. 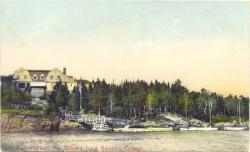 Farming on 700 Acre Island, Maine
After Evangeline's marriage to Henry Whipple, Rose traveled throughout Europe. When she returned to the United Sates, at the age of 56 she started a farm on 700 Acre Island, off the coast of Islesboro, Maine, which she co-owned and managed with her friend, Bostonian Evelyn Ames.

Rose and Evelyn first visited Islesboro in 1898, staying in Dark Harbor. For the east coast elite, Islesboro was an undiscovered haven. Evelyn’s sister, Bostonian Anna Nowell, and her husband, George, were the first summer residents of 700 Acre Island. George Nowell initially bought 30 acres and a home there in 1899.

Rose and Evelyn eventually owned two houses and about 220 acres of farmland on 700 Acre Island, where they grew buckwheat, corn, giant pumpkins, and hay. These two privileged city people managed to raise cows, sheep, and about 800 chickens. In 1902 the Belfast Republican Journal reported that Rose "handles the affairs herself and employs a big crew of men."

In 1905, newspaper articles hailed Rose as the mastermind behind the creation of a summer resort on Acre Island, and the "Queen" of 700 Hundred Acre Island. The papers reported she had purchased land on the island,
"…about twenty years ago, and paid $4500. . . . Since then, Miss Cleveland has sold house lots enough on the island to yield her a sum which has been estimated as high as $200,000, and she has acres and acres still to sell to those who will accept her terms." (2) In 1905, $200,000 was equal to about 5 million dollars in 2020.

The move to Italy and World War I
In 1910, Rose left 700 Acre Island and accompanied Evangeline to Italy, where they attended to Evangeline's gravely ill brother, Kingsmill Marrs. Kingsmill died in 1912, and Evangeline and Rose moved to Bagni di Lucca, a small mountain village north of Florence where English-speaking writers like Lord Byron, Mary and Percy Shelley, and Elizabeth and Robert Browning had lived.

Italy joined World War I in 1915. Instead of trying to leave the danger, Rose and Evangeline petitioned the American consulate for new passports to allow them to stay in Europe. Nelly Erichsen, an English artist and writer, joined Rose and Evangeline in Bagni di Lucca in 1914. The three women became involved in the Red Cross, working on projects in England, Belgium, and Italy. After the Battle of Caporetto in the fall of 1917, refugees flooded Italy. Bagni di Lucca, a town of about 2000 people, took in 1000 refugees.

The "Spanish flu" ravaged rural Bagni di Lucca, Italy
Relying on her missionary experiences from Minnesota, Evangeline organized housing, food, and education facilities for refugees and villagers. Evangeline, Rose, and Nelly set up workshops for local women to make clothing and supplies for soldiers, but eventually their time was consumed with a hospital they created for what Evangeline called the "Spanish fever". In a letter dated October 28, 1917 to Reverend Charles Slattery, Rector of New York's Grace Church, Evangeline Whipple wrote about her experiences with the Spanish flu in the rural mountains of Italy, and asked for financial support, because their humanitarian initiatives had drained even the vast resources of Rose and Evangeline:


There is a mountain village of this Commune, about ten miles up the valley, from which point one must climb on foot for about an hour and a half before reaching…Most of the men, all of fighting age, are at the Front. But they brought the Spanish fever in its most virulent form to this remote place, on their ten days' leave of absence. In an isolated place like this sky village, with no water except rain water, of course the contagious sickness has full sway. The priest, the only one in authority, felt the sickness coming on, and ran away. Hearing that people were lying dead in every house, I determined to know the truth and early Sunday morning I scaled the height to find that the half had not been told. The few overworked doctors left in the valley had had too much to do to risk their lives in climbing to such an eyrie of pestilence. When I scaled the last rock path into the village, the horror began. I picked my way through the network of strange alleys winding one above another under dark arches and uncanny lurking places followed by about a dozen haggard, tottering men and women who were the only ones able to be out of bed. In every house the inmates lay sick, dying, and dead. From one window came a hollow voice 'Signora, three of my family are dead on the floor, and five are sick and dying.' An equally grewsome [sic] tale came from every house. From one to four dead bodies in nearly every house, and the people to weak to remove them. Thirty-five, however, had been gotten up to the Campo Santo [cemetery] but on this rock mountain there is not more than three inches of earth to cover them, and so the eagles living among the closely surrounding peaks have the benefit of these frightful conditions. Miss Cleveland has sent a brave nurse, an Italian, with an assistant, and some medicines to the rescue to see what can be done at once. (3)

A little over a year later, Slattery eulogized Rose Cleveland in New York, re-telling Evangeline's accounts of the pandemic crisis in Italy:


Days of anguish, people dying within twenty-four hours of seizure, the passing bell constantly ringing—what was to be done? One night Miss Cleveland awoke from a sound sleep: there was absolute silence; then she heard distinctly a voice saying: 'You must act for these people. Open the church if there is nothing better. Send for trained nurses. Begin work at once'. (4)

The death of Rose Cleveland
Unlike most wealthy patrons, Rose, Evangeline, and Nelly were workers and labored alongside other volunteers and staff in the workrooms, schools, and hospitals. Because of this direct contact, Nelly Erichsen caught the influenza from nursing refugees, and died on November 15, 1918. Rose Cleveland became infected from nursing Nelly, and died on November 22 at the age of 72.

Within one week, Evangeline lost her entire world. An H1N1 virus with genes of avian origin was the basis of the 1918 Influenza Pandemic. The CDC reports that one-third of the world's population became infected with the 1918 virus, which killed approximately 50 million people across the globe. The 1918 Influenza targeted young people, and scientists still don't understand why it was so devastating. Just as we are experiencing in 2020, in 1918 governments asked people to stay at home and wear masks; schools and businesses were closed; and bodies piled up in makeshift morgues.

Evangeline wrote in 1918 to her stepdaughter, Jennie Whipple Scandrett. Evangeline described Rose as her "precious and adored life-long friend" and of her death, said, "The light has gone out for me but the work is too important for me to run away from" and, "The loss ...is a blow that I shall not recover from."

Evangeline continued to live in Bagni di Lucca after Rose’s death, serving the community for twelve years. When Evangeline died in London in 1930 at the age of 74, she was brought back to Bagni di Lucca and was buried next to Rose, with an identical marker, as requested in her will.

Rose Cleveland, Evangeline Whipple, and Nelly Erichsen chose to dive unselfishly into what Nelly called the "fray of the war". (5) Evangeline and Rose deployed their wealth and put their bodies and health on the line during the 1918 Pandemic. The indiscriminate nature of the virus affected Rose and Nelly, who paid with their lives.

In her 1917 letter to Reverend Slattery, Evangeline noted their resolve, grit, and acceptance of their situation:


If our friends at home can cable us money, we ourselves gladly take all the risks; for unhappily it is a very contagious epidemic, and the air is heavy with germs. But thank God, we are not afraid, knowing that if we are meant to be of service to these poor sufferers, we shall be protected. If not—but that is in God's hands, and we are content.

As I shelter at home to flatten the curve, I recall the brave actions of Rose and Evangeline a century prior. I wonder if staying at home is enough. What would Rose Cleveland and Evangeline Whipple do? 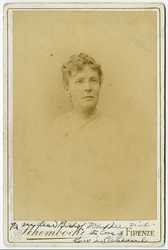 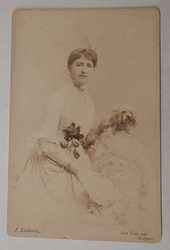 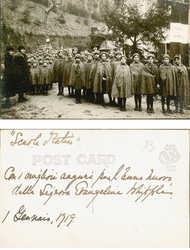