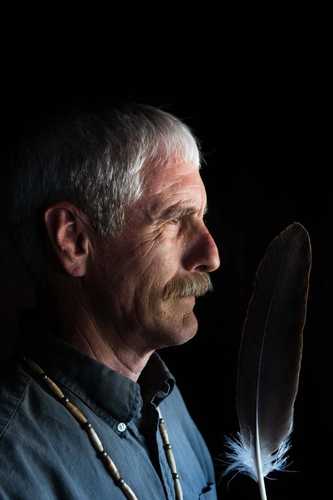 The Wabanaki Tribes of what is now Maine sustained themselves for thousands of years living a community lifestyle based on the availability of land and natural resources. The forests provided the necessary food and medicines, materials for shelter, transportation, and tools for everyday existence, while the rivers and streams provided the transportation routes to get to the places to gather these life essentials, as well as allowing commerce between neighboring Indigenous tribes. The tribes lived in harmony with the ecosystems that sustained them. They moved with the seasons, adapting to Mother Earth's natural cycles. They practiced land and natural resource conservation as an integral part of daily living. They understood the need to let enough fish pass upstream of harvest sites so the migrations would continue to feed the people in future years. They conducted wildlife habitat improvements by prescribed burning in order to increase the availability of browse for big game animals. Individual family groups had their hunting territories based on watershed boundaries, and hunting pressure was managed through the geographical movements which allowed for areas to recover after being harvested.

When the settler colonialists arrived on the shores of the region they found vast old-growth forests with abundant natural resources. Compared to the forests in Europe the area was often described as "park like" with its beauty and tall pine trees. This period of contact led to the exploitation and eventual industrialization of the forest, which changed forever the harmonious relationship the Wabanaki tribes had enjoyed for millennia. Under duress, treaties were entered into with states and most of the Indigenous land holdings were lost. Because of their intimate knowledge of the geography and the forest ecosystem, many tribal men were able to find work as hunting and trapping guides, or work on the log drives on the waterways.

In recent years, the Wabanaki Tribes have once again been able to practice some of their cultural traditions on tribal lands due to the return of stewardship responsibilities on lands acquired as a result of the Maine Indian Land Claims Act of 1980. Today, tribes are asserting themselves as the original stewards of their traditional homelands, working with non-tribal landowners and land trusts to develop mutually beneficial relationships that redefine how land conservation is viewed by the larger dominant society. Concepts of land stewardship responsibility are replacing models of land ownership and control that have been the norm for centuries.

As people become more aware of the needs of society to have natural places remain on the landscape, and that return of land stewardship responsibilities to Maine's original people is not a bad idea, our Wabanaki tribal people remain hopeful for a future that includes being able to continue practicing traditional customs that define them.