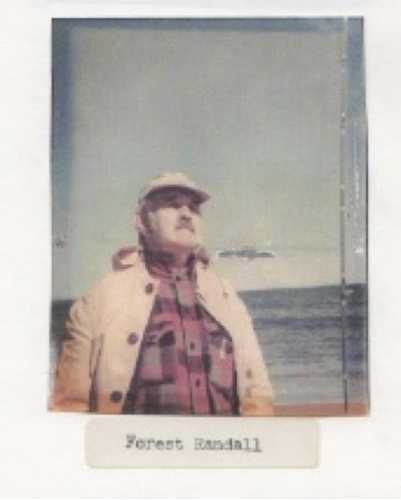 We never bought live bait when I was a kid growing up in the 40’s and 50’s. Grandfather trapped bait for all of us. Dad’s friends and most of Grandfather’s had jobs, but not Grandfather. He had retired in his 50’s. At the time I didn’t think too much about it. I just knew that Gramps was free to go hunting, fishing, clamming and berry picking anytime and anywhere he wanted. He was a free man unencumbered by the necessity of gainful employment. How that all worked is another and longer story, but during those years I hung out with him, he made a career out of hunting and fishing.

One of his many pursuits was trapping live bait. This activity began with him making his traps from ¼ inch hardware cloth or galvanized screening. He cut the pieces with tin snips then rolled them into a cylinder shape and laced everything together with copper wire peeled from an old ignition coil. An old clothesline provided the tether to secure the traps to the shore. He’d fashion half a dozen traps and place them in the Goosefare Brook at Ocean Park and in the Little River at Pine Point. Those marshes flooded at high tide so we had to tend the traps on low ebb.

I’d come home from school and find Grandfather ready and waiting for me. He had everything he needed- his bait buckets and ice chisel and a bag full of stale bread. He always wore hip boots that had a lot of what we might call “character” because they had been repaired many times over with black inner tube patches. Tending the bait traps took up most of the afternoon.

Grandfather was janitor for the local Odd Fellow’s Hall, so he usually planned to stop there on our way home to check on the boiler. He taught me to play pool in the anteroom of the lodge. Catching the minnows was pretty straightforward. The bigger problem was storing the bait and keeping it alive. The guys tried a number of strategies. A few kept a small wire cage submerged in the toilet tank. Every time someone flushed, the fish got a change of water and fresh oxygen. This seemed like a good idea at the time but once the women in the household found out what was lurking inside the toilet, they objected. The solution the guys settled on was a sort of holding tank they built and submerged in the upper reaches of the Little River near where the old racetrack had been. They built a large heavy wooden crate about the size of a small doghouse. The sides were lined with screening and they put heavy rocks in the bottom. When they sunk this box in the stream, the top came just flush with the surface of the water. An old plank run out from shore enabled you to walk over and stand on the top of the minnow box. The lid was hinged and had a hasp and padlock. Each of the guys had a key.

Before heading to the Odd Fellow’s Hall, Grandfather and I would lug the day’s catch out to the holding box, lift the lid and pour in many dozens of shiners, mummichugs, and tommy cod. As the winter wore on we had to shovel off the snow and break the ice to get into the box and dip out a few dozen shiners. This arrangement worked well for a few years, but as Grandfather grew older it became more difficult for him to carry his bait pails out to the brook. Grandfather’s basement was mostly sand and one winter he installed an old clawfoot iron bathtub down there. He leveled it up on some bricks and ran a garden hose down from a spigot in the garage. He filled the tub and let the overflow trickle onto the sand. This is where he kept his bait for many more years. The guys came and went at all hours via the wooden bulkhead doors. They snapped on the bare light bulb hanging over the tub and dipped at the schools of shiners swirling beneath the light.

Eventually Grandfather’s legs and knees faltered and he had to give up the bait business. He was approaching 92 or so and was beginning to feel the cold of a Maine winter. Sitting in the stifling warm kitchen beside the kerosene stove was more appealing to him then accosting the sharp January wind blowing across Scarborough marsh. By then I was a teenager and Dad and his friends had become accustomed to buying their bait from a few dealers in rural York County. It was just easier that way. But I still have fond memories of spending a sunny winter afternoon traipsing along behind my Grandfather as we hiked across the Goosefare marsh to pull his bait traps.