My Maine Stories
> Veterans Stories
> August 12, 1967 was the most significant day of my life

August 12, 1967 was the most significant day of my life for two reasons, both of which are part of my life a half century later 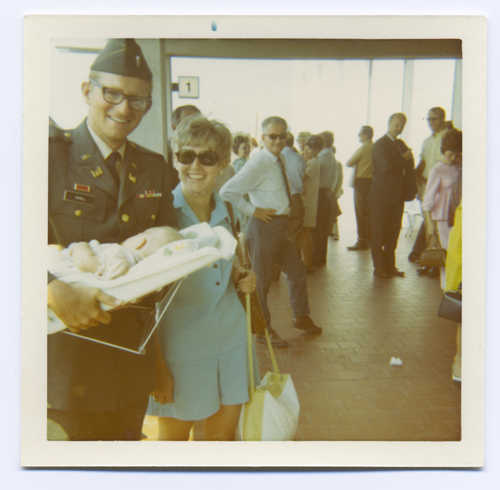 Bob Small meets his daughter for the first time,
his wife Sherron on the right, 1970

Bob Small meets his daughter for the first time,
his wife Sherron on the right, 1970

August 12, 1967 was the most significant day of my life for two reasons, both of which are part of my life a half century later. Most important, Sherron Marcille of South Portland and I were married, and on the very same day my mailman delivered a "Greetings" draft letter demanding that I join the U.S. Army during the height of the Vietnam War. So as my wife of almost 50 years and I now say, "we were in the Army for the next three years.” Most of our peers were not in the military, and to this day, they have never fully understood the challenges of those years….and have never asked.

Soon I was off to Basic Training and Advanced Individual Training at cold and remote Fort Leonard Wood, Missouri for Combat Engineer Training (wives not welcome). From there I was assigned to Fort Belvoir, VA near Washington DC for Engineer Officer Candidate School (OCS). Sherron had moved to DC and was working for a Congressman to be nearby (but again, no wives welcome during 6 months of OCS). After more training at Fort Holabird, MD and a few nice months in Germany, (wives authorized in Germany), we were separated once again as I was headed for Vietnam in the summer of 1969.

The big 707 landed at Cam Ranh Bay and I was soon headed north to Da Nang, my home for the next year. That was the last time I was in a fixed wing aircraft in Vietnam as I spent the rest of my "tour in country” flying many hours in what is now the iconic Huey (I still love their sound.). My assignments took me to such spots as Chu Lai, home of the Americal Division, Phu Bai and Camp Eagle, base of the 101st Airborne Division, Hue (The Battle of Hue in 1968 was one of the bloodiest and longest of the Vietnam War), and to the North/South DMZ into Quang Tri Province.

My goal was to get home in one piece, for many obvious reasons, but it was all the more urgent when the Red Cross tracked me down a day or so after my daughter was born. Thank goodness for a ham radio operator in Denver, who I could reach by phone, who called my wife and relayed our conversation back and forth. Those ham operators were unsung heroes of Vietnam. The picture you see is my wife and me holding my daughter six months later when I returned to Maine—a great, "welcome home GI.”

The defoliant Agent Orange was in heavy use during this time, and during my tour I was exposed to this chemical. Little did I know that 46 years later I would be dealing with cancer caused by Agent Orange.

So every August 12 my wife and I reflect on our perfect marriage and family, "our" three years in the Army (all before we were 25), our defeat of the Agent Orange induced cancer, and we resolve to say, "Welcome Home" to every Vietnam Veteran we are fortunate to meet. 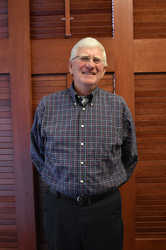