Death of Metacom or King Phillip, 1881 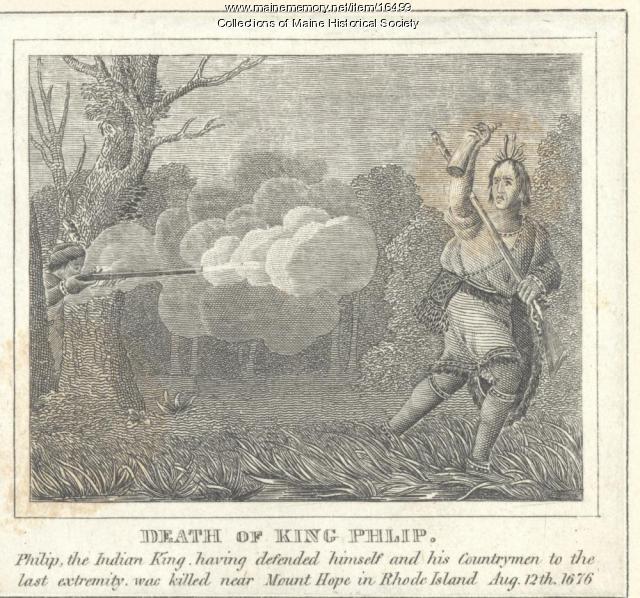 Metacom, called "King Philip" by the English Puritans, became the Sachem (leader) of the Wampanoag Nation in what is now known as Massachusetts after the death of his father Massasoit and the murder of his brother, Wamsutta. Like his Wabanaki counterparts, Metacom's role included negotiating land privileges with the settler colonialists.

Metacom's tenure as sachem came at a time of tension between the Plymouth Colony, which was increasing in population, and the Wampanoag who were defending their Homelands. King Philip's War broke out in 1675, with what is now known as Maine at the northern edge of the fighting.

Metacom was murdered on August 12th, 1676, but the successive wars resulting from colonial settler theft of Indigenous Homelands raged in Maine until 1763.

The inscription on this engraving reads: "Philip, the Indian King, having defended himself and his Countrymen to the last extremity, was killed near Mount Hope in Rhode Island. Aug. 12th, 1676."