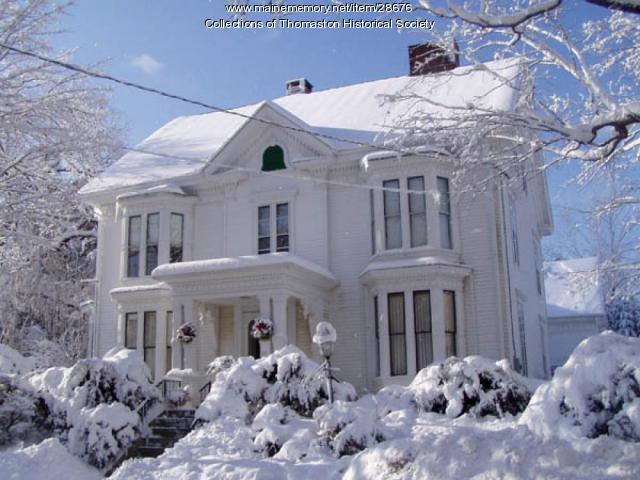 By 1875, Captain Samuel Watts had acquired great wealth as a world reknown sea captain and shipbuilder. He wasrecognized in 1865 as one of two millionaires living in Thomaston. He purchased a second lot of land on Knox Street, on to which he moved his first home, a Greek Revival style one and a half storey cape. He then had this grand home constructed above his former home and lived in it while in Thomaston until his death.