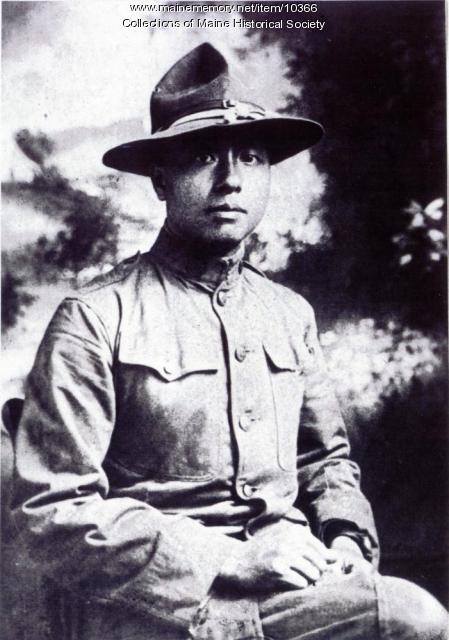 Dogan Goon was born about 1893 in southwestern China. He later immigrated to the United States, eventually making his way to Boston by 1917. In August of that year, he was arrested by a Chinese Inspector for violation of the Chinese Exclusion Act.

The Chinese Exclusion Act was passed by the U.S. Government in 1882 with the specific intention of barring Chinese immigration. Essentially, it aimed to eliminate the importation of Chinese laborers. The rationale for such legislation is similar to modern complaints about Central American migrant workers – immigrants coming into America in large numbers to work for less pay, therefore taking jobs from American citizens.

Goon was acquitted of violating the Chinese Exclusion Act, but was pressured to serve in the U.S. military to demonstrate patriotism. He served in the Army Medical Corp from June 1918 until January 1919, when he was honorably discharged. His newly confirmed citizenship allowed Goon to marry a Chinese woman and bring her to the United States.

His wife, Toy Len Goon, was named American Mother of the Year in 1952, just nine years after the repeal of the Chinese Exclusion Act.