The ever-changing face of Maine 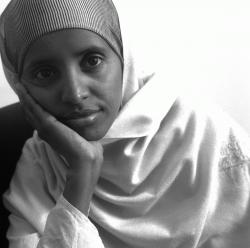 Click here to view the exhibit "400 Years of New Mainers"

Maine's English-speaking communities developed over hundreds of years and included a complex mix of people from England, Scotland, Ireland, and Wales. Some came seeking, economic opportunities, some for religious freedom, and others as indentured servants or enslaved people.

Maine saw an influx of Scotch-Irish people in 1650 when Oliver Cromwell unified Scotland and England. He forced the captured Scottish soldiers to labor in Massachusetts and Maine. About 25 Scottish men set up and worked at Great Works sawmill in South Berwick. When they later received their freedom, many of the Scots stayed in Maine. The same year, Scottish indentured servants who agreed to work for free for seven years in exchange for passage, food, shelter and clothing left Northern Ireland for Maine. In 1718, another large group of Scotch-Irish families made the trip across the Atlantic to settle in Maine's Midcoast region.

Lieutenant Thaddeus Clark was the first known Irishman to settle in Maine in 1662, in what is now Portland. Irish immigrants trickled into Maine until the mid-nineteenth century, when, starting in the 1840s, economic depression and famine in Ireland led to large-scale immigration to America. Irish people eventually became the primary workers on Portland's docks in the early 1900s, displacing Black workers. Like the French, Irish Catholics experienced discrimination in Maine due to their religion.

Once in Maine, English-speaking people further developed into distinctive cultures that were more diverse, more secular, and more democratic than the Puritan Commonwealth of Massachusetts Bay to the south.

The community on Malaga Island

What happened on Malaga Island follows a long trajectory of the history of slavery, racism, science, and politics in Maine, likely contributing to the lack of diversity in Maine today.
Dr. Kate McMahon, 2019 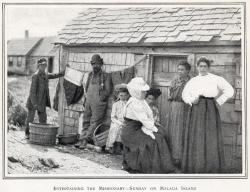 Malaga is a small island off the coast of Phippsburg where generations of people lived, beginning with the Wabanaki who called it mάlαtakʷ in reference to the white cedar growing there. In 1860, a community of Black, mixed race, and White people started living on Malaga. Many were descendants of Benjamin Darling, a free Black man who lived in the area in 1794. The Darlings and other Blacks in Maine created closed communities like Malaga where they could live outside of the racism present in many majority white towns. Life on Malaga was hardscrabble, but it wasn't much different than poor communities on the mainland.

At the turn of the 20th century, Maine was being marketed as a "vacationland," and the poverty of Malaga was viewed as unsavory to tourists. Paired with anxiety about monetary social services to Malaga residents, a poor economy, and the rise of eugenics—the incorrect theory that people, usually those of color, were degenerate or immoral and should be removed from society—residents of Malaga were caught in the crosshairs of the state. All of Malaga's residents were formally evicted in 1912. Several were institutionalized, some were and sterilized, and all were displaced. State employees even exhumed the cemetery remains on Malaga Island, and moved them to the "Maine School for the Feeble Minded," once located at what is, in 2020, the Pineland Farms, in Pownal. 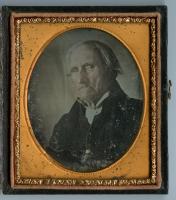 Over the past 400 years, Maine's settler and immigrant population has changed from the historically dominant English-speaking people to today's mosaic ethnic heritages. The US Census places Maine as the oldest and Whitest state in the nation, with 94.6% reporting as Caucasian in 2019. However, there has always been diversity in Maine's population. In addition to Wabanaki people who have always lived in Maine and the earliest settlers including the Acadiens, Blacks, and English-speaking people, other groups like French-Canadians, Germans, Italians, Jewish, and Swedish immigrants arrived and contributed to the growth of urban industries in places like Portland, Lewiston, Auburn, and Biddeford. At the turn of the 20th century, immigrants including Armenians, Albanians, Chinese and Greeks followed.

In the 1750s, Samuel Waldo recruited about 1,500 German settlers to what is today Waldoboro. Many factors contributed to their immigration, including economic opportunities and religious tolerance. Waldo and his compatriots in colonial Massachusetts Bay encouraged German settlement in the area to act as a buffer between the British and the French along the Maine frontier.

Maine was home to a handful of Jews during colonial times. By 1849, Bangor boasted the state's first synagogue and its largest Jewish community: six families. Jews arrived in greater numbers beginning in the 1870s.

As of 2020, Maine's workforce is shrinking—baby boomers are retiring, and there are more deaths than births in Maine—resulting in a growing labor shortfall. When faced with a similar predicament in 1870, William Widgery Thomas, Maine's Commissioner of Immigration suggested,
We must augment our population then, by immigration from outside our borders; and this immigration must come from one of two sources—from the other States, or from foreign countries.