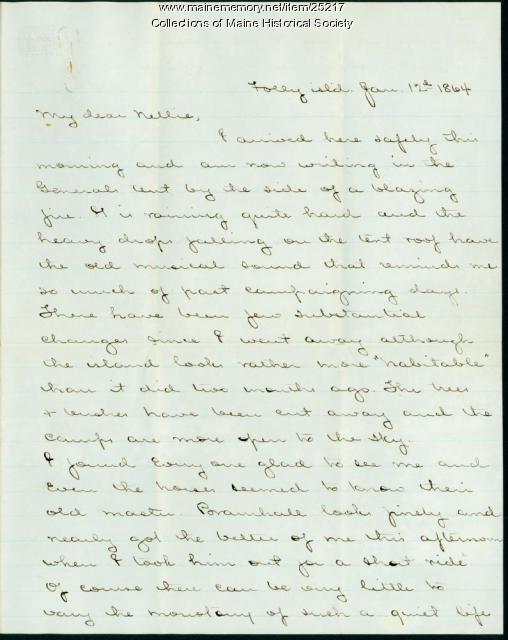 Capt. John Marshall Brown (1838-1907) wrote to his sister, Nellie (Ellen), in Portland on his return to Folly Island, South Carolina, from a leave.

He told her he expected to be "a fixture for some time" in South Carolina and that he would "give myself up to duty and French literature & the delights of an extensive correspondence."

Brown, the son of sugar magnate John Bundy Brown of Portland, enlisted at age 24 as adjutant of Co. S of the 20th Maine. He was later promoted to captain, then as an officer in the U.S. Volunteers Adjutant General Department, then to full colonel in the 32nd Infantry in May 1864. He was breveted as a brigadier general.