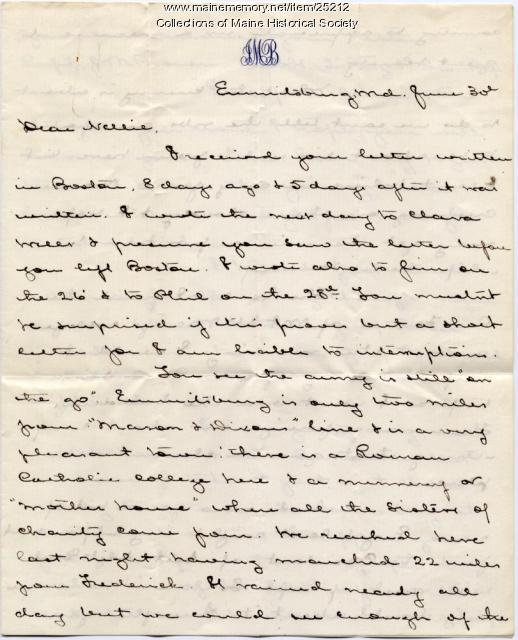 John Marshall Brown of Portland, wrote to his sister, Ellen (Nellie), telling her that he had official word of being promoted to captain and being named Assistant Adjutant General.

He fought at Antietam, Fredricksburg, Chancellorsville, among other battles. He was severely wounded at Petersburg in June 1864 and mustered out of service shortly thereafter.