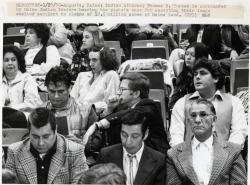 The Indian Land Claims Settlement Act of 1980 gave the Penobscot Nation and Passamaquoddy Tribe something they hadn't had in centuries: hope of economic independence.

The landmark settlement included $81.5 million, with some set aside in trust and some funds for land acquisition.

The Passamaquoddies set aside a third of the funds for economic development. They bought Northeastern Blueberry Company, Dragon Cement in Thomaston, and a radio station.

The Penobscots bought a company that manufactures cassette tapes, leased land to logging companies, sold mobile homes, invested in the Pequot bingo operation, and other ventures.

Some businesses have continued and provide jobs, while others have failed. The land settlement aided the Indian tribes, but did not solve their economic issues, nor provide enough jobs for tribal members. 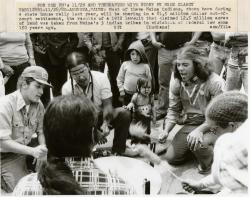 It also has had other, unintended, consequences.

The ultimate in economic development for Indians across the country, however, has so far been denied to Maine Indians, in part due to the provisions of the 1980 settlement. Language in the settlement has been interpreted to mean that laws to benefit Indians passed after the settlement act would not apply in Maine. That included the 1988 Indian Gaming Act.

Maine's legislature, various governors, and the electorate in several referendums, has turned down casino gambling – sometimes called the "New Buffalo" because of its importance to Indian tribes.

Voters in 2003 approved racinos, slot machines at or near racetracks, billed as an effort to "save" Maine's harness racing industry by using gambling profits to increase racing stakes.

At the same election, voters defeated a referendum to allow a casino to be built on Indian land in Sanford. Another casino effort, not initiated by Indians, was turned down in 2008.

Passamaquoddies and Penobscots participate in the tourist industry, work in some local businesses and factories, and have some means of support. But sustainable economic development remained elusive after the land claims victory.