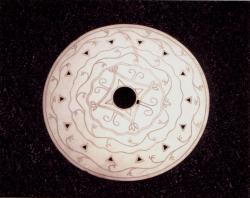 Europeans who came to the northeast portion of North America often were interested in fish, furs, forests and other natural resources.

Initially, participating in the fur trade was beneficial to the Wabanaki Indians, and it was on this basis they welcomed the two groups of quarrelsome Europeans, the French and the English, into their homelands.

Substituting copper kettles, metal hatchets, knives and arrow points; colorful cloth and beads, and firearms for traditional stone, bone, or ceramic tools made their way of life easier, and by playing French, English, and Dutch traders against one another, they shaped the terms of trade to their advantage.

By the third decade of the 17th century, however, the fur trade had profoundly changed the Indian economy. It disrupted the traditional round of hunting, fishing, and gathering, which had been finely tuned to seasonal concentrations of nutrients on the coast and inland, and it focused native subsistence on fur-bearing animals.

Liquor was still another agent of social disruption. Competition among tribes for the trade exacerbated long-standing tensions and led to a series of inter-Indian wars. These disruptions were inseparable from other disastrous events in the first half of the 17th century.

Between 1616 and 1619, virulent diseases transmitted by Europeans swept through the Abenaki villages killing 75 to 90 percent of the inhabitants. Death was so sudden and so widespread that whole villages were deserted, with “sculls [and] bonnes lying on ground,” as Richard Vines described it.

The plagues interrupted the transmission of traditional skills passed down by elders, leaving survivors more dependent on European technology.

In the mid 1600s the terms of trade deteriorated for the Abenaki. As the English farming economy matured, settlers grew less interested in trading for furs, even as the Abenaki became more dependent on English goods, particularly muskets, for survival.