Chansonetta Stanley Emmons: Staging the Past 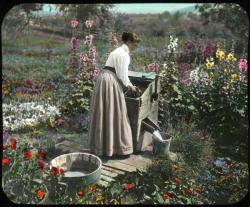 Curated by Tilly Laskey based upon scholarship by Marius B. Péladeau and the Stanley Museum. The Stanley Museum owns the Chansonetta Stanley Emmons Photographic Collection, currently on deposit at Maine Historical Society. Much of the collection was gifted to The Stanley Museum by Chansonetta Stanley Emmons' nephew, Raymond Stanley after Dorothy Emmons' death in 1960. Raymond recovered as many of the photographic collections as possible when Dorothy’s widowed husband Irl Whitchurch was cleaning out their home in Kingfield.

This exhibition was installed at Maine Historical Society from September 28 to March 31, 2022. 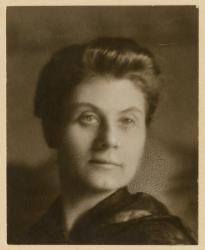 Chansonetta Stanley Emmons (1858-1937) began her career as a painter and art teacher, but found her true calling in 1897 with the burgeoning artform of photography. Using the glass dry plate technology invented by her brothers, twins Freelan (FO) and Frank (FE) Stanley, Emmons documented the lives of people in rural and agricultural regions.

Originally from Kingfield, Maine, Emmons also lived in the Boston suburbs for over 50 years. Upon the sudden death of her husband James N.W. Emmons in 1898, Emmons raised their young daughter Dorothy Emmons (1891-1960) as a single mother. Chansonetta took Dorothy, who became her mother’s subject and student, on long journeys by car to far-flung places like Europe, Canada, and the American West, returning each summer to Chansonetta’s childhood home of Kingfield—while taking hundreds of black and white photographs along the way. Later, Chansonetta and Dorothy hand-painted about 500 glass lantern slide images that they presented with lectures to churches, educational meetings, and communities across New England.

In comparison to today’s candid digital snapshots, photography in the glass plate era required extensive staging and patience. Chansonetta set her subjects in domestic interiors and agricultural landscapes, posing them in performative scenes reminiscent of 17th century paintings. Often described as recalling a bygone era, Chansonetta’s photographs did indeed stage antiques from the past, but also documented typical rural life in Maine complete with old and new elements between 1898 to 1930, during a time of rapid change.

Chansonetta Stanley Emmons was born in rural Kingfield, Maine where she lived until she went to college. She attended Western State Normal School in nearby Farmington where she studied education and art, and in 1885 moved to the Boston region where she found work teaching drawing and sketching. She became known for her talent of painting miniature portraits.

Emmons began working in earnest as a photographer at the age of thirty-nine, after the death of her husband. She studied with her brother, photographer FE Stanley who had a portrait studio in Lewison-Auburn. Frustrated with the process of wet-plate technology, FE and his twin brother FO Stanley created a dry plate photography process, which they patented in 1885. They later invented the Stanley Steamer automobile. The proceeds from the glass plate and car patents allowed the Stanley brothers to financially support Chansonetta and her daughter, Dorothy. 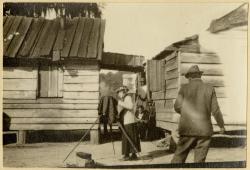 Chansonetta Stanley Emmons’s decision to dedicate her creative output to photography was unconventional but not unique for a woman. Because her brothers supported her financially, Chansonetta and Dorothy were free to explore the world through photography and art, without being bound to commissions like commercial photographers.

Chansonetta purchased a heavy, Century brand camera in 1904, and used it her entire career. Shutter speeds took between 1/25 of a second up to 3 seconds to imprint on the 5 x 7 inch glass plate negatives. To get a clear image, photographers counted off the time aloud for subjects to stay still 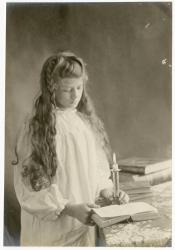 Dorothy Stanley Emmons (1891-1960) was the only child of Chansonetta Stanley Emmons and James N.W. Emmons. After James died in 1898 from blood poisoning, Chansonetta raised seven-year-old Dorothy on her own. Dorothy was Chansonetta’s constant companion, collaborator, and frequent subject.

Dorothy attended Wellesley College, and studied painting in Ogunquit with American impressionist Charles Woodbury. After graduating in 1914, Dorothy returned to Chansonetta’s side as her assistant and chauffeur. After Chansonetta lost her hearing abilities in 1920, Dorothy was her mother’s translator. 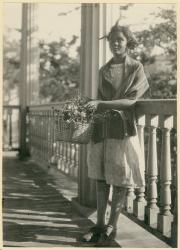 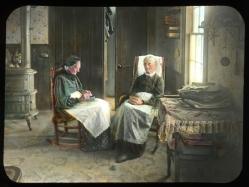 Making portraits involves a relationship based on shared trust between the subject and the artist. Chansonetta Stanley Emmons’ photographic work contains numerous portraits, but not what many consider “formal” portraits. Chansonetta’s intimate portraits catch her subjects in their familiar settings, with natural light. While they are highly posed, they are not contrived in a studio, as were commercially created photographic portraits of the same time period.

Although she was described as being a shy person, Chansonetta’s biographer Marius B. Péladeau noted that family and friends remembered her as charismatic, earnest, and interested in people. Perhaps it was easy to convince her relatives and neighbors in Kingfield and New Portland to pose for her, but how did Chansonetta create trust with African American tenant farmers and people outside of her immediate community?

Chansonetta’s portraits of women are glimpses into their everyday lives. During her 1926 trip to South Carolina, Chansonetta made photographs of many women—some tenant farmers working in fields, some hired maids in towns, and many of young women and children. Portraits of family members in Kingfield and New Portland are similarly respectful and intimate.

Chansonetta’s ability to make images that were collaborative—where the person in the photograph is just as important as the composition and light—produced powerful and lasting works of art. 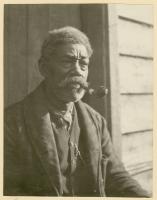 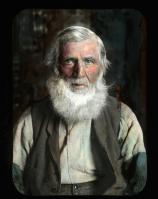