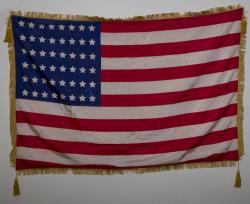 Text by Tom Brown, vice president of the Pittsfield Historical Society; and Jane Woodruff, member of the Heart of Pittsfield

News of the Confederate firing on Fort Sumter on April 12, 1861 burst over the state of Maine much as the shells burst over that fort. "In less than twenty-four hours after the tidings of the revolt were received, full companies of volunteers were formed, ready to march," John S. C. Abbott wrote in his 1892 History of Maine.

For many years, Maine men between 18 and 45 had been required to join local militias, but these militias were not, for the most part, ready to engage in war.

Only about 1,200 Mainers were "in any condition to respond to a call of military duty," Abbott wrote.

They had not drilled as part of larger regiments and knew little of military maneuvers. In addition, they lacked equipment.

With a standing army of only 16,000 career soldiers, the Union had to assemble additional forces to put down the rebellion. Initially President Lincoln called for 300,000 volunteers, assigning each state a quota. The state then assigned each community a quota.

Pittsfield, like other towns, received General Orders that explained how the enlistment process was to take place. Recruits signed the enlistment form, which specified which town got "credit" for the enlistment. Many companies – 100 men – were formed primarily from one community. Regiments, made up of 10 companies, might include men from many parts of the state.

The first enlistments in 1861 – and some later ones – were for nine months. Soon, most of those were converted to three-years as were most future enlistments or conscriptions. Recruiters received $3 for each volunteer they enlisted. Volunteers received a premium, advance pay, and a bounty.

In 1862, twenty men from Pittsfield signed an enrollment list in response to President Lincoln's call of August 11, 1862 for volunteers to serve in the war. Five of them were rejected for service but the majority of the men went on to serve in the 24th Regiment. 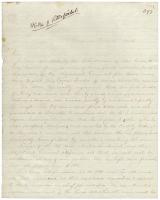 Apparently the number of men volunteering slowed in the summer of 1862 as John W. Millett, Recruiting Officer, sought clarity on recruitment with a series of questions such as, whether underage men could enlist without parental approval, or could previously discharged men who are recovered from disability re-enlist. Millett also wondered whether he and his men could have their choice of regiments.

Millett had enlisted in 1861 into the 2nd Maine Regiment, but was discharged due to consumption at Fort Corcoran. His question regarding being able to re-enlist after a prior discharge for medical reasons was quite personal. Three months after he wrote this letter to Hodsdon, he re-enlisted and mustered into Company C of the 24th Maine Regiment as a Sergeant in October of 1862.

As the Civil War continued into 1862, longer than most people expected, Pittsfield officials began to feel the burden of filling quotas for soldiers. At the beginning of the war, the state determined the number of men in each community who might be of military age. Those lists determined the quotas at each call for soldiers.

If towns could not meet their quotas, they were instructed to draft members of enrolled militias. Pittsfield's Co. A was not called into service when the war started, but its members were subject to the draft according to a General Order issued in 1862. 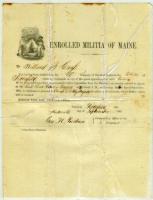 Pittsfield held a draft lottery for members of Militia Co. A at Isaac Lancey's tavern on September 9, 1862 at 9 a.m. The men drew draft numbers. They could choose either to enlist, or not enlist and wait to be drafted – if the town did not meet its enlistment quotas. There were 67 names on the list.

Ten men of this 67 member militia went on to serve in 7 different regiments. A separate document listing 45 men with their lottery numbers show one name crossed out: the man with the draft number 1, Willard Cross.

Cross's draft notice from A Company of Enrolled Militia in Pittsfield under its quota ordered him to appear at the Pittsfield Railroad Depot at 8 a.m. on September 16, 1862, ready to leave for rendezvous at Camp E. D. Keys, Augusta. He was warned, "Hereof Fail Not, At Your Peril." It is unknown as to what happened to Cross as records do not show that he ever served in the war. 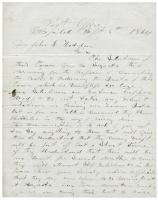 George Whitney, representing the Pittsfield board of selectmen, wrote to Gov. Israel Washburn in November 1862 complaining that the quota was too high. While Pittsfield recruited the correct number, several were discounted, and the town was three short. 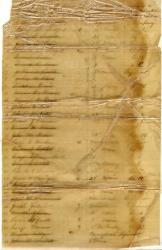 After the federally ordered draft was held in 1863, 74 names of Pittsfield men appeared on the list. Of those, only three actually entered the service, according to Adjutant General's reports. Seventeen of the group paid commutations – fees in lieu of service. Two, Joseph M. Nye and Franklin D. Jenkins, furnished substitutes. Nineteen were exempted for physical reasons.

In September 1864, again concerned about its quota, Pittsfield's Postmaster, Jesse C. Connor wrote to General John L. Hodsdon requesting that he not mention to the Selectmen of Pittsfield that the coming draft might be delayed for months, as Connor was concerned that information would stop enlistments.

Connor informed him that the town's selectmen were going to Augusta to correct the militia rolls and to ask for a reduction in the town's quota. Connor agreed that the quota was too high, but noted that the selectmen were Copperheads – Democrats who wanted a peace treaty to end the war.

As the war continued into 1864 and 1865, some communities found it difficult to meet the continuing quotas. One recruiter, C. A. Farwell, reported in December 1864 that he had recruited only one soldier. He reported that Pittsfield had already sent about 100 soldiers to the war.

By war's end, however, more than 200 men from Pittsfield -- more than 60 percent of those eligible -- had served in Union regiments.