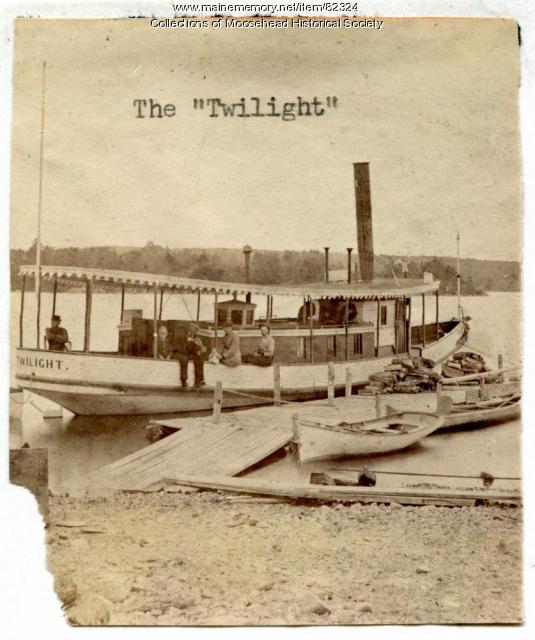 There were two steamboats named Twilight. The first vessel, pictured here, was constructed in Bath by a Mr. Patten in 1871 and was brought to Lowe's Bridge by the Bangor & Piscataquis Railroad. It was then hauled by 30 pairs of oxen (60 animals) under the direction of Captain Frey to Moosehead Lake.