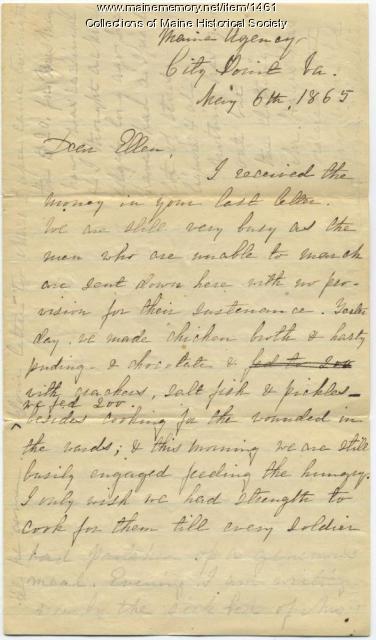 Rebecca Usher of Hollis, a nurse who worked at military hospitals during the Civil War, wrote to her sister Ellen Bacon of Portland on May 6, 1865, describing her work at the hospital at City Point, Virginia.

She wrote, "men who are unable to march are sent down here with no provision for their sustenance."

She added that soldiers had been marched unnecessarily hard to Richmond -- with no enemy as Lee had already surrendered. Some fell along the roads, she said.

Usher reported that she and the other nurses fed all the Maine soldiers, which was their major responsibility, then soldiers from other states.

She said the hospital was to be closed and she expected to be back in Maine "in a fortnight."