John W. Channing of Fairfield was 32 when he enlisted for three years in the 7th Maine Infantry on August 21, 1861. Channing and his wife, Martha E. Channing, had two sons, ages about 7 and 5.

Channing served as 1st lieutenant in Co. E, later serving in Co. K. He was later promoted to captain. On Nov. 28, 1864, Channing was appointed major in the 1st Maine Sharpshooters.

Several of his official documents survive as does a representation of his service that lists all of the battles in which he was engaged.

Channing returned to Maine after the war and continued to work as a painter. 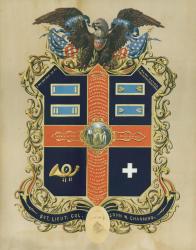 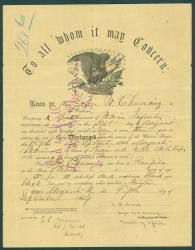 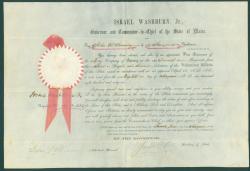