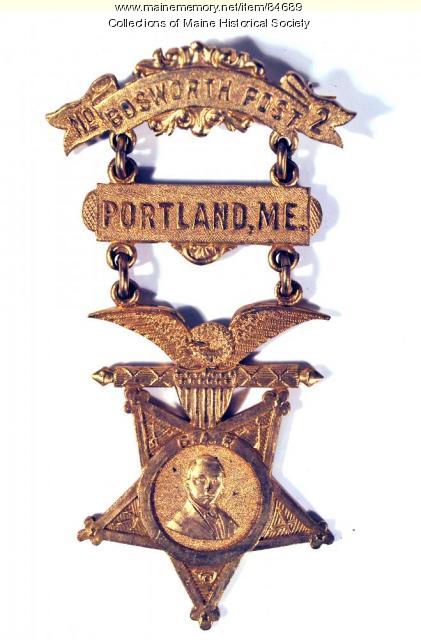 Holman Melcher of Topsham joined the 20th Maine as a corporal, was later promoted to captain, and was brevetted as a major. This Grand Army of the Republic badge indicated his membership in the Portland Bosworth Post of the veterans' organization.

After the war, he was a wholesale grocer in Portland and was active in the GAR and other civic groups. Melcher served as Portland's mayor in 1889 and 1890.