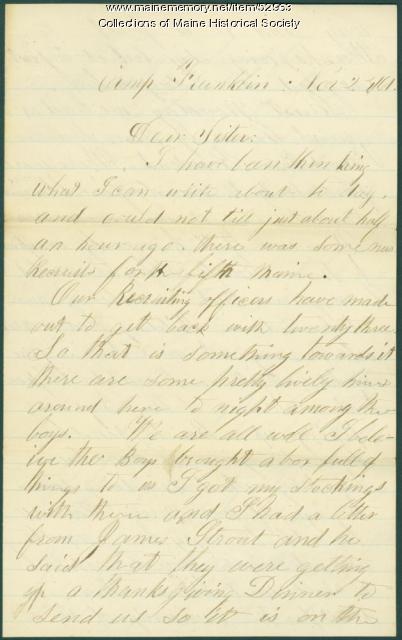 William B. Adams of Co. B of the 5th Maine Infantry wrote to his sister in November 1861 from Virginia about a grand review by Gen. George B. McClellan, who became general-in-chief of the Union armies on Nov. 1, 1861, and President Lincoln.

Adams, a fifer, wrote, "There were from sixty to seventy five thousand present and it was over near Mansions Hill formerly occupied by the Rebels.

"If you could imagine that number of men all formed in Military order and all moving at one time you would call it a Beautiful Spectacle."

The letter is not signed and appears to be incomplete.