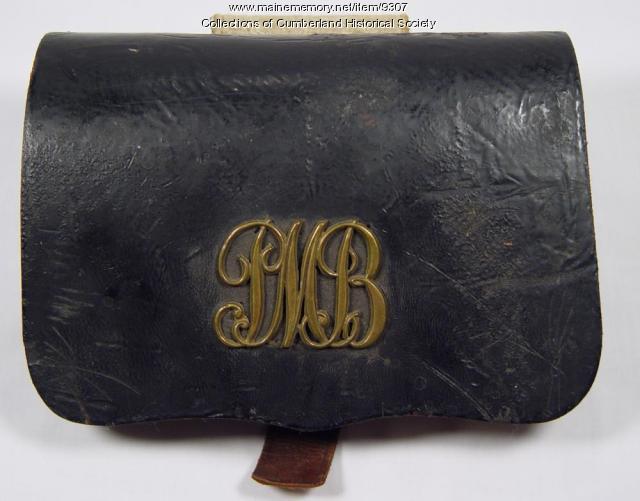 Hollis True, who was mustered into U.S. service as a member of Company D of the 17th Regiment Infantry, Maine Volunteers, in Portland, on August 18, 1862, owned this bullet case with a "PMB" brass monogram on front. It held 12 bullets.

True, of Pownal, was single and 23 years old when he enlisted.

True maintained a diary of his time during the Civil War, and recounts fighting at Chancellorsville during May 1863 and in the Richmond–Petersburg Campaign. On June 16, 1864, not far from Petersburg, Corporal True was hit by a minie ball that broke his thigh.

After some time in a field hospital, True arrived in a Washington hospital on June 28, where he stayed recovering at least through September 27, 1864.