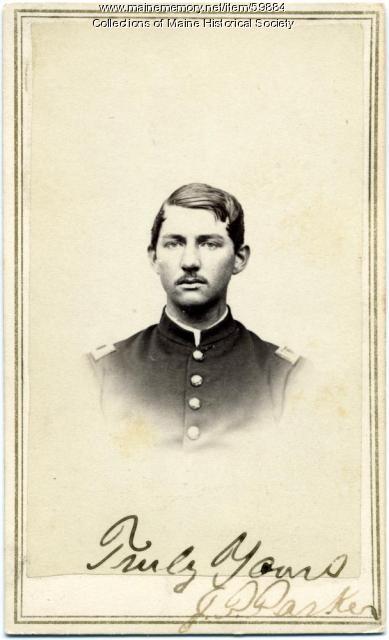 Jabez Pratt Parker of Greene was mustered in as corporal in Co. I of the 16th Maine Infantry Regiment on August 14, 1862 when he was 18 years old. He was promoted to sergeant, then first sergeant, then commissioned as 2nd lieutenant of Co. K.

He was promoted to 1st lieutenant in January 1865.

Parker was severely wounded at the battle of the Wilderness, May 1864. He was mustered out of the service on June 5, 1865.

After the war, he married and moved to Massachusetts.