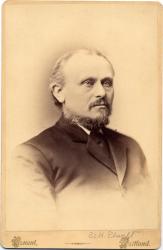 "Science has its martyrs as well as liberty and religion. In the enthusiastic pursuit of knowledge, noble men have offered up their lives for the good of mankind," Edward Elwell wrote in The Portland Transcript on September 13, 1873 in an article entitled "Ascent of Mt. Carrigain."

Elwell (1825-1890) and five other men attempted to climb Mt. Carrigain in New Hampshire in August 1873, at the urging of Edward S. Morse (1838-1925), a Portland native who was a noted zoologist and, at the time of the hike, was teaching comparative anatomy and zoology at Bowdoin College.

Elwell wrote of Morse, "He was bent on capturing a mountain, a wild one, and wanted our help in the momentous enterprise." In his newspaper account, Elwell refers to Morse as "the Professor" or a "Brachiopodist," referring to a notable discovery Morse made. 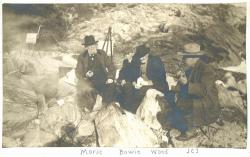 They chose Mt. Carrigain, which, Elwell wrote, "We never heard of it before and hope never to see it again. It is none of your civilized mountains, the resort of tourists, made easy of ascent by foot-path, carriage ways and railroads, like your tame Mt. Washingtons."

One event of the 1873 hike left a lasting reminder, the name of the ridge just below the summit of Carrigain -- Burnt Hat Ridge. The Portland climbers named it to recall a wind gust that blew Edward Daveis' hat off his head into a fire the group had built. The name has endured.

All were members of the White Mountain Club.

The two guides were Parker and Jean Dodier. No one but Dodier is identified by a full name in either account, but Elwell provides clues to their identities.

The 1873 trip that began on Friday, Aug. 29 and lasted until Monday, Sept. 1, was well documented. Elwell wrote about it in his Portland Transcript, Elwell then turned his account of the adventure into verse and Fred Morse illustrated it to produce a humorous 25-page hand-written and drawn book, "A Song of Mt. Carrigain."

In addition, John M. Gould (1839-1930), a close friend of Edward Morse, commented on the trip and on the White Mountain Club in his diary, which he kept faithfully throughout his life.

Fred Morse was the leader of the group. Elwell noted that he had climbed to the ridge below the summit four years earlier, but was prevented from getting to the top by a storm -- which happened again in 1873. 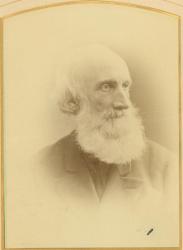 Elwell said Morse wanted to "draw the outlines of the surrounding summits, with a view of determining those which can be seen from this city. This work of correctly designating all the mountains which can be seen from Portland has long occupied the attention of a few of our citizens, and most of them have been accurately determined."

One of those peaks is Mt. Lowell, named for Abner Lowell (1812-1883) before 1873. The 1873 hikers used Mt. Lowell's slides as a landmark to determine their direction. Lowell, a Portland jeweler, was a promoter and director of the Mt. Washington Carriage Road. He was the president of the White Mountain Club.

The Elwell verse accompanied by Fred Morse's drawings offer a humor-filled view of the trip and the hikers whom John M. Gould later called "that most unfortunate crew."

Among the "unfortunate" elements were Elwell's own foot injury, incurred the morning they left Portland and which hobbled him throughout the trip and was made worse by several falls.

The guide -- unnamed except for "Parker" -- knew the area from hunting for spruce gum there in the winter. Elwell writes that he proved to "be more of a gummer than a guide." They spent one day traversing the mountain searching for water and a place to set up camp for the hike to the summit. By the time they found water, it was too late to hike further.

When they finally reached what came to be called Burnt Hat Ridge the following day, they saw a storm raging below them. It quickly overtook the men and they were unable to continue to the summit. Their back trip down the mountain to their camp left them wet and with many torn and damaged clothes and bruised bodies from falls and the rough terrain. 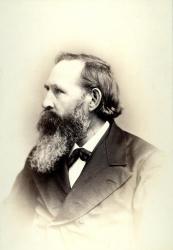 Elwell's newspaper account cites the "damages:"
Mr. D's hat (Daveis)
"Professor (Edward Morse) in an indecent state of raggedness and utterly shameless about it."
"The Artist (Brown) complained of torn breeches and a bruised knee."
"Joe (Thompson) had an ascending series of bruises on his shins, increasing in value as they went upward..."
"The Commissary (Fred Morse) was the best preserved man of the lot."
"Jonah (Elwell) as usual brought up the rear, with an ominous swelling of his sprained hand."

Humor aside, the White Mountain Club and its members were responsible for much of the mapping and trail identification at Carrigain and the Mahoosuc Range. A number of club members carried barometers with them on hikes and calculated the height of the mountains. Members created accurate drawings of ridges, profiles of mountains, and other features, many of which became part of official geologic surveys.

Fred Morse, who was the White Mountain Club's field director, did much work for the New Hampshire Geologic Survey.

The White Mountain Club lasted from 1873 until 1884 -- an era when hiking and outdoors adventures were an important part of American society and, especially, American manhood. An increasingly industrialized society with more people living in crowded and dirty cities prompted those who could afford it to travel in the summer to places like Maine where they could enjoy fresh air, outdoor activity and escape from the increasingly inactive life many men faced.

Those impulses, combined with new scientific discoveries and interests led to many of the activities of the club. Many of the members also were active in the American Association for the Advancement of Science and the Portland Society of Natural History. 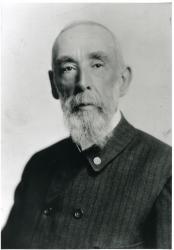 Members of the club went on a number of hikes over the years and the club met regularly to discuss their findings and other issues. John M. Gould chronicled a number of the activities in his diary. On January 14, 1876, he wrote that he visited with Fred Morse at the Portland Company and Morse "wants to keep up the White Mountain Club organization." A month later, he and Morse discussed "the summer campaign of the White Mountain Club."

Gould's account in his diary details the types of packs they carried -- including an experimental "pack-saddle" Ed Morse had designed -- the food and supplies they took, and the precise times they began and ended each leg of the trip, including the number of stops and how long they rested.

The level of detail of some of his comments gives credence to the idea that the White Mountain Club, while a source of camaraderie, was also serious about its ventures into the mountains. A guide to hiking Middle Moat of Moat Mountain in New Hampshire, for instance, notes that one of the trails was laid out by the club. 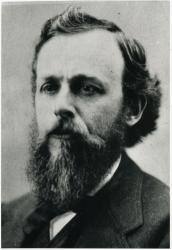 The 1875 hike was Gould's first to Carrigain. He wrote that a landmark for their campsite was "a welcome sight for we were growing tired and impatient. Yet on the whole it was not so hard as I had prepared for." Fred Morse commented that none of the previous Portland parties had "gone in so easily and quickly."

Rain the next day kept them in camp. But, on the third day, they continued the challenging climb through scrub and made it to Burnt Hat Ridge. Only one climber and a guide went beyond there to the actual peak.

Commenting on the views -- through mist -- Gould wrote, "...as far as the eye can reach in any weather the only sign of man that is visible is the clearing at Upper Bartlett with Cobbs house & the Steam Mill, & the houses on Mt Washington. In every other direction one sees rocks & forest only; this is one of the compensations for ascending Mt. Carrigain."

He noted that Fred Morse used the time to sketch the profile of the mountains.

At the end of the hike, returned to their hotel, they met with club member George Vose, who was to "go up to the Notch to-morrow." Gould and Ed Morse, who was ill, returned to Portland instead of joining in the second hike.

Gould commented that Vose estimated the height of Mt. Carrigain as 4,625 feet, using Mt. Crawford as the basis of his work. The contemporary accepted height is 4,680 feet.

In January 1876, Gould and Ed Morse discussed "going over Carrigain to the Pemiquewasset." They also talked about Gould's book, How to Camp Out: Hints for Camping and Walking, which Ed Morse illustrated. The book was published in 1877. 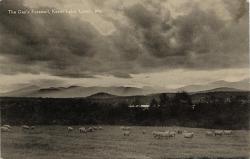 In May 1876, Gould mentions that Edward Morse was in town for a meeting of the White Mountain Club. At the meeting, attended by the two Morses, Gould, Elwell, Edward Noyes and Joe Thompson, Gould was elected secretary of the club, replacing Thompson, who had resigned.

They group "had a regular hurrah as usual when that crowd gets together," he wrote.

In the summer of 1876, the Morses and Gould went to Bethel to climb "Speckle" (Speckled Mountain) and White Cap (Sunday River Whitecap). It was one of many hikes the friends and companions made starting in the 1850s.

When the Appalachian Mountain Club began in January 1876, the White Mountain Club of Portland became a "corresponding society," joining such notable groups as the Academy of Natural Sciences in Philadelphia, the American Museum of Natural History in New York, the U.S. Geological Survey, and the U.S. War Department Signal Office.

By the mid 1880s, the club had ceased to function, its functions overtaken, perhaps, by the larger Appalachian Mountain Club.

A Song of Mt. Carrigain

Edward Elwell's poetry and G. Frederick Morse's illustrations of a hike up Mt. Carrigain in New Hampshire in 1873.

John Mead Gould describes a hike up Mt. Carrigain in 1875 by five members of the White Mountain Club of Portland.