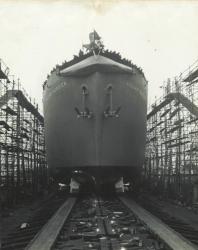 Liberty ships built in South Portland from 1941 to 1945 helped the war effort -- and helped memorialize many Mainers.

One could study Maine history by exploring the lives of the people for whom the World War II ships were named.

British "Ocean" cargo ships and U.S. Liberty cargo ships gave birth to the South Portland shipyards that thrived from 1941 to 1945, employing about 30,000 workers, including some 3,700 women. 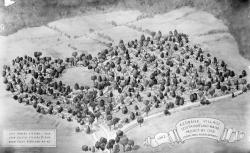 Women began working in non-office jobs at the shipyards in September 1941. Some, who came to be known as "Wendy the Welders," were taught to weld. Others were painters, burners, crane operators, or riveters.

The sudden influx of thousands of workers led to the construction of large housing projects in South Portland – Redbank with 500 units, Long Creek, and Peary Village with barrack-style units. In addition, transportation, entertainment and various activities and facilities were needed for the new residents.

Not only did what came to be known as the New England Shipbuilding Corp. build the cargo ships, the company built two shipyards for the purpose. 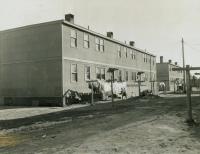 The first, the East Yard or Todd-Bath Iron yard, was revolutionary in that a drydock allowed the ships to be constructed below sea level. The West Yard or South Portland Shipbuilding, started after the first facility was under construction, built ships on slipways. Both used the new technology of welded, rather than riveted, hulls.

The first keel was laid on May 24, 1941. Between February and November 1942, all 30 "Ocean" ships were completed and out of Portland Harbor, a time lapse from start to finish of 466 days.

The two shipyards merged and became the New England Shipbuilding Corp. in 1943.

When the rush to build ships ended, most of the women – and many men – lost their jobs as the shipyards wound down and men returned from military duty.

Painting of the Edward H. Crockett, 1944