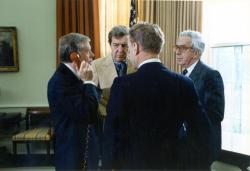 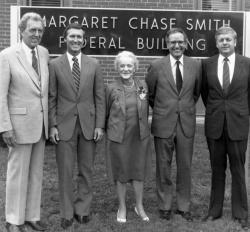 Maine Congressional delegation in the late 20th and early 21st centuries has had what might be considered a disproportionate amount of influence in Washington relative to the size of the state.

Often credited with being independent thinkers who do not necessarily follow party line, Maine' representatives and senators have been leaders in the House and Senate, and have served presidents in their cabinets and in other posts.

Republican Margaret Chase Smith of Skowhegan (1897-1995), who served in the House from 1940-1948, then in the Senate from 1949-1972, was know for her Declaration of Conscience speech in 1950 and running for the Republican nomination for President in 1964. She also was the first woman to chair the Senate Republican Conference, among her other achievements. 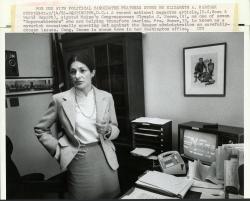 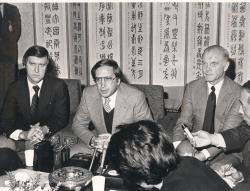 Democrat Edmund S. Muskie of Rumford and Waterville (1914-1996) served in the U.S. Senate from 1958 to 1980. He ran on the Democratic ticket for vice president in 1968 and ran for the Democratic nomination for President in 1972. He became President Jimmy Carter's Secretary of State in 1980, serving until the end of Carter's term in 1981.

Republican William S. Cohen of Bangor (1940- ), elected to the U.S. House from the 2nd District in 1972, gained instant attention during the Watergate hearings. He was elected to the Senate in 1978, serving until 1997. He then became Democratic President Bill Clinton's Secretary of Defense from 1997-2001.

Democrat George J. Mitchell of Waterville (1933- ), was appointed to the Senate in 1980, then elected in 1982 and served until 1995. He chaired the Democratic Senatorial Campaign Committee in 1984, when Democrats regained control of the Senate; served as Deputy President pro tempore in 1987-1988, and was Senate Majority Leader from 1988-1995. He declined a chance to be appointed to the U.S. Supreme Court, but has served as a special envoy to Ireland, helping to bring a peace agreement to Northern Ireland, and was named a special envoy to the Middle East in 2009. 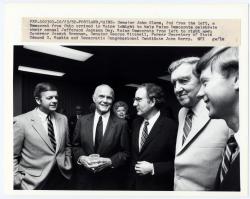 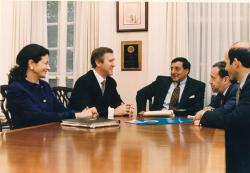 Republican Olympia Snowe of Augusta and Lewiston (1947- ) was elected to the U.S. House in 1978 and served until her elected to the Senate in 1994. In 1997 she became Counsel to the Assistant Majority Leader. She is known as a centrist and concerned with policy rather than partisanship, following a Maine tradition. She is co-chair of the Common Ground Coalition in the Senate, a group that promotes communication and cooperation between Democrats and Republicans in that body.