J.A. Poor and the Portland-Montreal Connection 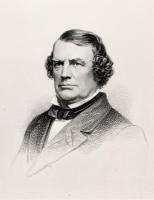 John Alfred Poor, a Bangor lawyer, was concerned about Maine's economic decline in the 1840s and had an idea about how to reverse it. Enthralled with railroads since his childhood, Poor decided that Portland should make a bid to be the winter port for Montreal.

Montreal, which had built numerous canals to get agricultural products from the countryside to the city, where they could be shipped out, had a problem in winter when the St. Lawrence River iced over.

The Montreal Board of Trade looked for an alternative. John Poor wanted Portland to be the terminus for an international railroad connecting the U.S. with Canada and for Portland to be the primary American port in the northeast. Boston also was vying for that privilege.

In 1839, Poor reportedly had hiked from Portland to Montreal, so he was familiar with the route a rail line might take.

Poor, a native of Andover, had gone to school in Bangor, taught school briefly, then studied law with an uncle in Bangor. He and the uncle went into practice until the latter retired. Poor and his younger brother then opened a law practice together. Poor decided to move to Portland to pursue the railroad.

Poor traveled to Montreal in February 1845 to convince the Board of Trade that Portland was the best choice for a winter port. His account of his trip through high snowdrifts and frigid temperatures suggests his determination and that of his backers in Portland and elsewhere.

In 1846, he started a foundry to build railroad locomotive and cars for the Atlantic and St. Lawrence Railroad. The Portland Company built many hundred of steam locomotives, engines, construction equipment, automobiles and other products until it closed in 1978.

James Phinney Baxter, a Portland businessman, philanthropist, mayor and historical enthusiast, gave a talk to the Maine Historical Society on Feb. 20, 1890 in which he recalled "a Great Enterprise."

Baxter said that after Poor returned from Montreal, "The whole town seemed to take a personal interest in the enterprise. Of course there were some who criticized the undertaking, and to them, lions in the way were numerous." He said critics worried about snow on the tracks in winter, the cost of building the railroad line, and investors losing their money.

Baxter noted that John Neal wrote a series of articles in the Portland Advertiser in support of the project, "fortifying his arguments by statistics which were so convincing to his readers that nobody attempted to question their accuracy." He noted that the Canadian press also pushed the project.

A huge crowd attended a meeting in Portland on Feb. 11, 1845, the day after the signing of the charter for the Atlantic and St. Lawrence Railroad, and while Poor was en route to Montreal. The rail line captured the imagination of Portlanders.

Baxter reported that officials in Boston were concerned about the popular support in Portland. The two cities were in fierce competition, with reports in the newspaper of Boston harbor icing over and Portland's remaining clear during the frigid weather when Poor – and Boston officials – were traveling to Montreal. 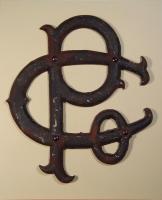 Several Poor associates also traveled by sleigh from Portland to Montreal with the latest European news and some Montreal mail that had arrived in Boston. Their goal was to get to Montreal with the mail before "the usual Boston route" got it there. They were successful, getting to Montreal in 31 hours. The Boston route – through Concord, New Hampshire, and Burlington, Vermont – took 62 more hours.

Portland was chosen and construction on the railroad began on July 4, 1845, with a public ceremony in Portland.

Baxter reported that many people predicted that the money the city of Portland invested would be lost. He wrote, "This loan of two million, with six percent interest, has all been repaid as well as the considerable stock subscription made by our citizens. ... The most sanguine anticipations of its enthusiastic projectors have been fully realized."

Map of the Grand Trunk Railway of Canada, ca. 1860