Voices of Biddeford interview with Alexander Mouzas on January 17, 2020

A native of the Biddeford-Saco area, Alex was strongly influenced by his family's Greek roots. Although the initial draw to interviewing Alex was to get his perspective on the iconic family business, the Puritan, his in-depth knowledge of the Greek and Greek American experience was enlightening. Having spent considerable time in the regions of Greece from where his grandparents immigrated, he was passionate about capturing highlights of life in both cultures. He has dedicated considerable time researching, preserving, and sharing stories of the impact his ancestors have had both in Greece, as well as the United States and the Biddeford area.

In this interview, Alex shared insights on the immigration journey from Greece for both sides of his family, and how they connected in Biddeford; about his grandmothers, local business owners, and individuals who had monuments erected in their honor; contributions of Greeks in the US and their country of origin; honoring Greek traditions while valuing assimilation and the importance of patriotism; discrimination of local minorities; typical activities growing up in the Biddeford-Saco area during the 1950s to the 1970s including working at the family businesses; a "tour" of Biddeford’s earlier downtown district; Biddeford's Albanian community, and St. Demetrios Greek Cemetery. 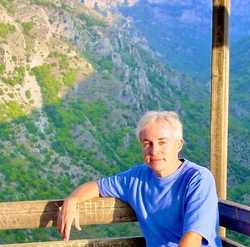 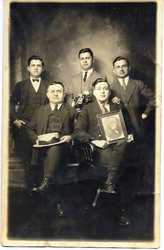 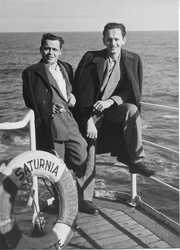