All Men are Created Equal

William Pepperrell (1696-1759) of Kittery was an English merchant, officer, and Governor of Massachusetts—which Maine was part of until 1820. Along with other settler colonialists, his wealth was derived from the labor of Black and poor people, and based upon the theft of Native lands. Pepperrell owned, bought, and sold African enslaved people throughout his life.

Slavery of African people existed in Maine within English-speaking settlements, and while often considered an institution of the American South, the profits from enslaving people—both Indigenous and Black—helped build many of Maine's businesses, industries, and coastal communities. Even families less prominent than the Pepperrells forced slaves to do their hard labor. New England slave owners were more likely to own one or two slaves, rather than hundreds.

When a shipment of rum and enslaved people consigned to William Pepperrell arrived in Kittery on the ship Sarah from Barbados in 1719, Pepperrell wrote the ship's captain, Benjamin Bullard,

I received yours by Captain Morris, with bills of lading for five negroes, and one hogshead of rum. One negro woman, marked Y on the left breast, died in about three weeks after her arrival, in spite of medical aid which I procured. All the rest died at sea. I am sorry for your loss. It may have resulted in deficient clothing so early in the spring.

The Commonwealth of Massachusetts outlawed the slave trade in 1787 in both Massachusetts and the District of Maine, but an illegal trade continued. 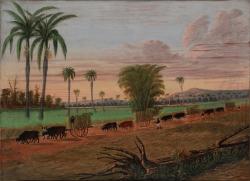 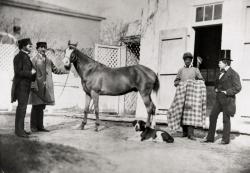 The average lifespan of an enslaved African, once they arrived in Cuba, was seven years. These individuals were literally worked to death. In the 1800s, Cuba produced much of the world’s sugar. This matters to Maine history because Cuba was Portland’s primary trade partner in the early to mid-19th century. The profits from such trade were so lucrative that Cuba’s forests were cut down and the fields grew sugar cane almost exclusively.

Maine provided the lumber that built the plantations, as well as food that fed the enslaved Africans. One 20th century maritime historian described how whole houses, broken down, were shipped to Cuba along with parsnips, beets, potatoes, salt cod, board lumber, and oxen to work the sugar presses. Maine also shipped broken-down wooden boxes and casks to be assembled once they reached Cuba. Coopers from Portland traveled to Cuba to assemble these containers and filled them with sugar, molasses, and rum. 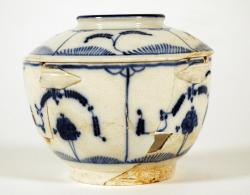 Sugar bowls are a reminder of the legacy of colonization and slavery attached to Maine businesses and industries.

Sugar cane products like molasses, in turn, were shipped to Maine where the tallest building on the Portland waterfront was the J.B. Brown sugar refinery, the Portland Sugar Company. The refined sugar graced dining tables throughout the region and this luxury product was exhibited in ornate sugar bowls.

In 1860 Portland was processing 20 percent of all the molasses that was imported into the U.S., more than any other city in the country. Some of the molasses supplied one of the seven rum distilleries that dotted the Portland waterfront. Some of this rum was then shipped to West Africa, where it was used to purchase and enslave Africans.

Many of the ships involved in transporting enslaved Africans across the Atlantic were built in Maine, and captained and crewed by Mainers. This is true both before and after the slave trade was declared a "piratical" act in 1820, punishable by death. It is notable that the only individual ever disciplined to the letter of the law was Captain Nathaniel Gordon who hailed from Portland. He was hung in 1862 after being convicted for carrying 897 enslaved people aboard the merchant ship Erie. Half of the enslaved people on the ship were children. 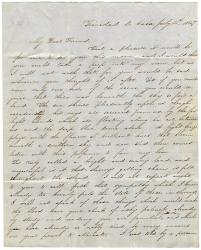 Letter to Elizabeth Mounfort from a friend in Trinidad, Cuba, July 4, 1847

"I should like to spend some time in the country, were it not for the shrieks of the slaves, which you hear constantly, some one or another, being nearly all the time at the whipping post." 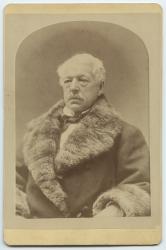 John Bundy Brown (1804-1881) was one of Maine's wealthiest businessmen, his fortunes based in the sugar industry and real estate. Brown began his career in the wholesale grocery business and branched into sugar and molasses with the Portland Sugar Company, a successful venture from 1845 to 1866.

Sugar—called "white gold" because of its huge profit margins— is linked to colonization and slavery. Christopher Columbus brought sugar canes to the Americas in 1493. Deploying the Doctrines of Christian Discovery and Domination of 1452 and 1493 to support their actions, Europeans stole Indigenous lands in the Caribbean to grow the sugar cane, and forced enslaved Africans and Indigenous people to tend and harvest sugar crops, which were flourishing by 1515. Sugar was a leading commodity in the Atlantic slave trade.

By 1860, the Portland Sugar Company helped position Portland as the top American city in the sugar refining market. In 1865, the factory was using 30,000 "hogsheads" (barrels) of molasses a year, processed into 250 barrels of sugar a day. Portland's Great Fire of 1866 destroyed Bundy's refining warehouse, but the resources from this successful business helped support his future ventures, and even rebuild the city after the fire's devastation. Other businesses like Forest City Sugar Refining and the Eagle Sugar Refinery continued operations in Portland until 1891, but once slavery was abolished in Cuba in 1886, the businesses ceased to be profitable.

As of 2021, sugarcane continues to be a crop associated with inequity and is consistently in the top five products—along with gold, bricks, tobacco, and coffee—that are produced using child and forced labor.

Click here to see more about Maine industries and slavery

Maine timber and shipping industries benefited from slavery through what is known as the "triangular trade" or the Atlantic slave trade. Maine-built ships, captained and crewed by Maine men, carried iron, cloth, brandy, firearms, and gunpowder to Africa. On the return journey, the ships brought captives for sale to American slaveholders.

Congress outlawed the slave trade in 1808, although it continued illicitly for years afterward. Yet with no prohibition against transporting slaves within the United States, or of products made by them, many business opportunities remained. With our extensive forest, navigable rivers, and coastal port cities, by the mid-19th century, Maine was the largest producer of ships in America. Maine ships brought lime, ice, lumber and food to the Caribbean, where slaves produced sugar cane in brutal conditions. The ships brought back sugar for processing and partially refined molasses for sale to Maine distilleries, where it was turned into rum.

Similarly, Maine had a brisk trade with the American South, bringing cargo such as canned fish or corn, ice, lime, granite, and textiles for sale there, and returning with raw cotton produced by southern slaves for use in the textile industry here, and guano for use in fertilizer. Maine even imported lumber from the South to meet the insatiable demand generated by the shipping and building industries, along with recruiting recently arrived European and Franco immigrants to work in the lumber camps.