My Maine Stories
> Immigration Stories
> Where are the French?

A story by Rhea Côté Robbins 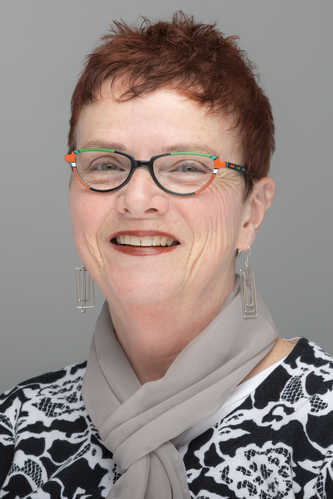 Where are the French heritage, Franco-Americans in Maine?
Lewiston could be anywhere in the state of Maine because the French came not only to work, but also to live and thrive. Petite Canada, French-language enclaves, are located in many towns and cities, often by the riverbank, and beyond, on the geography throughout the entire state. The idea of chain migration came after the immigration event to describe the phenomenon of one million people leaving Québec who came to live in the Northeast. (Except for the French heritage people living in Northern Maine, who were already on the land before the border was drawn.) All classes of people immigrated between 1820 and 1920—the elite, professional class and the workers destined for the mills—textiles, shoes, cloth, and more. The film, Tisserands du Pouvoir, tells the story of the classes of people who immigrated.

What can be said about the large group of people coming to the U.S. seeking their livelihood and opportunity?
Living in Little Canadas meant a city-within-a-city. The French language, one of the three pillars of survivance—Notre foi, notre langue, nos institutions [our faith, our language, our institutions] was the credo of surviving in a foreign land and holding onto identity—for eternity.

How to survive and express identity?
Le Messager, the French language newspaper that was located in Lewiston, from 1880-1966, was one of many French newspapers throughout New England whose editor in the 1960s won a Congressional Medal, kept the Franco-American population connected. Camille Lessard Bissonnette, a correspondent for the newspaper and a suffragist wrote the French-Canadian immigrant experience in her book, Canuck. She wrote about the complexities of the already arrived and the newly arriving immigrants.

What does it mean to be French and living in Maine?
Commerce and belonging—defining the landscape by the particular culture of the French—their rituals, artifacts, and relationships—of the moments or eras alongside the other immigrant groups. The reality of Maine has always been the diversity of many groups coming together—the perception presented defied the reality. "Yankee" was the cover story.

How were the French received by the communities they immigrated to?
The prejudices were expressed through English-only, Maine state legislation in 1916 and 1919 (1925, for Native American language/culture) prohibiting French language to be taught in schools other than in a classroom of high school instruction. And then national legislation, 1959, signed into law by President Eisenhower due to Sputnik, the NDEA, National Defense Education Act, changed the focus by stating language learning was a top priority to national security.

The Ku Klux Klan (KKK), also a product of the Nativist politics of the 1920s, Maine membership in the group was 150,141 members by 1925. Without a significant Black population, the KKK exercised white-on-white prejudice against the French, Jews and other "undesirables." Also, a forced sterilization policy was practiced against the French-Canadians and Native Americans. It was not a good time to be French in the state of Maine—and some things still need to be changed.

How did the French heritage population get through it all?
Survivance held its ground even with the Corporation Sole Controversy crisis in the Catholic Church hierarchy—an Irish bishop against the French-Canadian parishioners—deeming the bishop as the sole owner of the properties of the church and he, alone, would decide what happened to the holdings overseen by Irish clergy put in charge.

What are the outcomes of these events?
The French of Maine are a tenacious group that even FDR complained about in a letter to the Prime minister of Canada, Lyon Mackenzie-King, 5/18/1942, "... this is a new element which will never be assimilated. ... these Quebec people won't even speak English." A hard fight has been fought and partially won. The French heritage immigrants are a part of the community fabric—deeply woven—as an entity with all the immigrants, including the English-speaking immigrants who came to live in Maine, and then, which group saw themselves as superior marked by the times of their arrivals and claims of nativism, when in reality, unless one is Native American, you are forever "from away"—an immigrant.

Bench, Raney. History of Maine - The Rising of the Klan. 2019. digitalcommons.library.umaine.edu