My Maine Stories
> Creativity Stories
> In an Old, Abandoned Island House, I Found my Mentor and my Muse

In an Old, Abandoned Island House, I Found my Mentor and my Muse 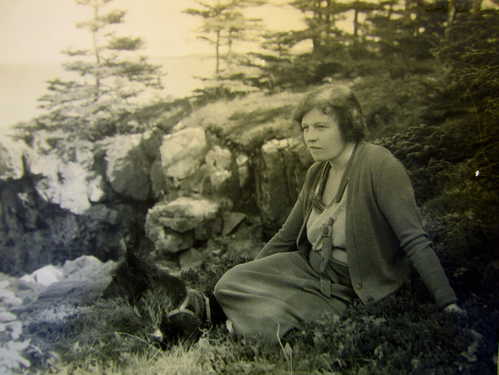 Rachel Field and her dog Spriggin on Sutton island, circa 1929

Rachel Field and her dog Spriggin on Sutton island, circa 1929

Twenty-six years ago, in 1994, my family began spending summers in an enchanting, if slightly decrepit, 97-year-old island home in Maine’s Cranberry Isles. The wood-shingled home is actually four buildings elevated on brick piers, connected by decks, with its main house perched on the north-facing edge of a bluff over the sea. Sutton Island is a lesser-known member of the five-island Cranberry archipelago, with no roads, stores, or year-round population. Part of the house’s appeal was both its seclusion and its history, since it had been a longtime, beloved haven for once-renowned author Rachel Field.

Back then at age thirty-four I thought of myself as an aspiring but diffident writer-ish person, so knowing Rachel’s authorial stature was particularly thrilling. When we first moved in, boats passed by out front, announcing, “You’ll see to your right the home of famous author Rachel Field.” Maybe some of her talent will rub off on me, I feebly hoped. I read her poetry and award-winning books for children and adults, but I didn’t bother to look into her history for several years.

My first encounter with Rachel Field – the first time I saw her face, I mean – was in the library next door to my house in central Massachusetts around 1998. As a mother of four young children, I was probably relishing a few delicious moments on my own. So I picked up the 1951 Junior Book of Authors and Illustrators and turned to the F section. How could I have known then how Rachel Field would change my life, starting in that very moment?

Rachel wasn’t born in Maine; in fact, she didn’t lay eyes on the state until 1911 when she was fifteen years old, arriving by sea to Rockland in the early light of a summer morning. That first view of the coast set the stage for Rachel’s lifetime love of Maine, and for one island in particular.

From the year that I was fifteen I have been going each summer to a small, beautiful, wooded island off the coast of Maine and I suppose that it, more than any one other thing in my life, has helped me with my writing. For it means roots and background to me. It creeps into nearly everything I write and I never want to be anywhere else when summer comes ’round.

Alongside that passage in the old reference book, I saw a black and white photograph from the 1930s. There sat Rachel Field and her Scottie-dog companion, not in a writing studio or in front of a crowd, but on her island, my island, our island. The photo of Rachel on Sutton set off a seismic internal quake at my core, a six on my personal Richter scale. That wind-cut notch of craggy cliff, the scratchy, tufted grass, the backdrop of pointed spruce, and the thin spit of Little Cranberry Island along the distant horizon were all intimately familiar to me. I, too, first arrived in Maine as a teenager. I fell in love, just as she did, with Sutton Island’s otherworldly woodland, carpeted with clouds of emerald green mosses. Now we share the very same house. Each summer I live in Rachel’s world, gaze at the same view of Penobscot, Pemetic, and Cadillac mountains across the Eastern Way, explore the same rooted paths and acres of rounded stones along the shoreline.

In that moment Rachel began to come alive for me, and the first threads of friendship twined themselves around us. Even so, it took another ten years before I invited her more completely into my heart. She was patient, gently nudging me as I stumbled upon her old magazines in the attic, her artwork between the pages of a book, a galley-proof for one of her books stuffed in a drawer. Finally I took on the mantle of the project in earnest. I would research and write Rachel’s complete biography.

When Rachel Field died at age forty-seven in 1942, suddenly and mysteriously, she was living in California. She wrote for Disney, saw her novel become a blockbuster film, was short-listed to write the screenplay for Gone With the Wind. Despite her fame and her bright spirit, the cascade of tragedies that followed her death shut down retellings of her life. But what I kept finding in archives of Rachel’s life and letters all over the country was the antithesis of sorrow. Both in person and in print, Rachel was sunshine, uplifting everyone she met. Nonetheless, her light had dimmed. It became clear to me, at last, that I was the one to rescue her from oblivion.

My determination to write Rachel’s life was spurred forward when I became a full-time Maine resident. Before I moved here I had no idea what a rich literary community thrived in Maine. Encouraged by the welcoming network of Maine writers and publishers, I landed my first magazine article – about Rachel Field. I wrote fifty Maine-based stories for an online media hub, which helped me land a columnist position for the Bangor Daily News. I applied to University of Southern Maine’s extraordinary Stonecoast MFA program in Creative Writing, where I found my people – a quirky herd of original thinkers who cheered me on.

The Field House: A Writer’s Life Lost and Found on an Island in Maine, will be published on May 4th. Thoroughly steeped in the state of Maine, the book does more than highlight an early 20th century playwright, poet, novelist and children’s author. It is the story of a woman with an irrepressible spirit who faced hardship and despair, stood up to the restrictiveness of convention, and spread delight through her writing and her person. It is also the story of another writer born eighteen years after Rachel’s death, and how an old island house in Maine rescued both of them – one from erasure, the other from inertia.

Thank you, Maine, for nurturing Rachel’s creative spirit and mine. To see her story published at last feels like magic. Thank you, Rachel, for leading me to an island in Maine where you gave me the opportunity to rekindle your flame and set a spark to my own. 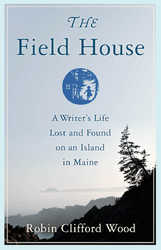 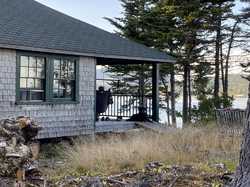 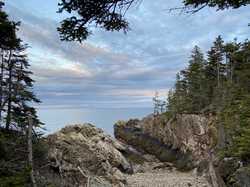