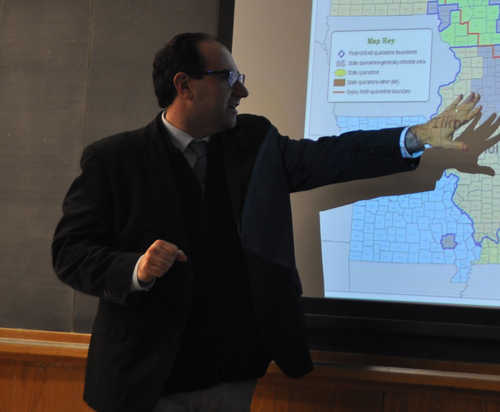 Wikpiyik (the basket tree), also known as Brown or Black Ash (Fraxinus nigra), is currently threatened by the Emerald Ash Borer (EAB). An invasive pest from China first found in North America near Detroit in 2002, EAB attacks all species of ash and is responsible for killing close to 200 million trees in 35 states since its arrival in North America.

Since 2009, I have led the EAB-Ash Task Force, a team of researchers, policy-makers, and basketmakers to address this threat. Emphasizing Wabanaki Ecological Knowledge and diplomacy, the Task Force is responsible for establishing a vibrant educational, monitoring, and communication network throughout Maine, as well as formal agreements between Wabanaki Tribal Nations, the US Department of Agriculture, and other state and federal governments.

In May of 2018, the EAB was finally discovered for the first time in Maine, near the Canadian border in Madawaska. Four months later, in September of 2018, it was discovered in southern Maine in York County. Due to the work of the Task Force, Wabanaki basketmakers and researchers are leading the response to this threat, while protecting Wabanaki knowledge and basketmaking traditions for future generations. 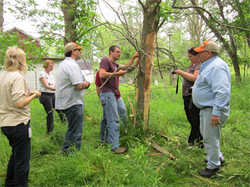