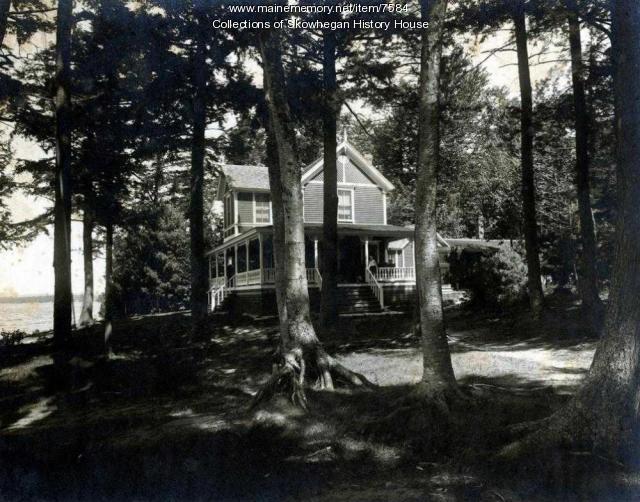 Written on the back of this photograph: "This cottage on the east shore of Madison Pond, later known as Hayden Lake, and then Lake Wesserunsett, was built entirely alone by Francis Wilson Swan, (Frank Swan) bachelor brother of Mrs. James Fellows. He drove every single nail in the buildings, and raised the roofs alone. He only called in a stonemason to help him with the chimney. It was finished and occupied by his sister and family about 1899-1900.

It was the summer home of Frank Swan, James and Deborah Fellows, and often their daughter, Mrs. Bruce White (Elise Fellows White and her two sons. Frank Swan died in 1912. The place was sold to Blynn Page about 1915.

(This description was written on the back of the photo by Elise Fellows White, a world class violinist who was born in Skowhegan. Mrs. White and her husband Bruce apparently spent some summer vacations in this camp built by her uncle Frank.)


View additional information about this item on the Maine Memory Network.