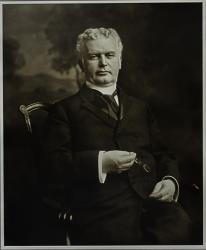 Hugh J. Chisholm (1847-1912) was a Canadian immigrant who founded the world’s largest paper company, International Paper, in 1898. Born in Toronto, Canada, Chisholm was the fifth of ten children of immigrants from Scotland. His father died when Chisholm was 13 years old, and he was obligated to provide for the family.

Chisholm sold newspapers on trains to put himself through college, and eventually became involved with the paper industry. He moved to Portland in 1872. Legend claims that on a cold winter’s day in 1882, Chisholm visited Rumford in a sleigh and saw the potential of a commercial venture when he viewed the power and grandeur of the Rumford Falls. He harnessed the power of the Androscoggin River, and started paper mills in Jay, Rumford and Livermore Falls.

When Chisholm started International Paper, the company merged eighteen pulp and paper mills in the Northeast, and supplied 60% of all newsprint to the United States in 1898. International Paper eventually absorbed thirty companies. Acknowledging the environmental demand on the Maine woods, Chisholm created the first forest management program for International Paper, and in 1901, he issued instructions forbidding the harvest of immature trees.

Chisholm was concerned about the community, and the wellbeing of his workers. Chisholm built homes, created schools, and planned communities in the mill towns, complete with a Mechanics Institute in Rumford that contained a billiards room, a reading room, and a gymnasium.

Chisholm’s entrepreneurial ventures spread to power and railroad companies. He split his time between homes in Portland and New York City; he died in 1912 in New York. His son Hugh Chisholm, Jr. took over the company. 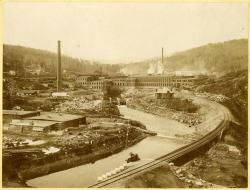 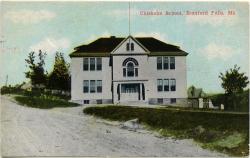