Maine Memory Network
> World War I and the Maine Experience 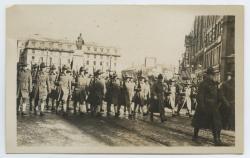 One hundred years ago, globalization, new technology, shifting economies and extreme nationalism led to one of the most devastating wars ever fought. Despite the efforts to remain neutral, the United States joined the floundering first World War in April 1917. 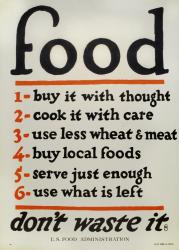 See more items about the Homefront

World War I set the tone for modern US foreign policy and America’s role as the “Defender of Democracy”. The era embodies a period of transition, the birth of modern warfare and a cultural shift unlike any the United States, or the world, had ever seen before.

The Maine homefront during World War I

During the period of World War I, Maine men, women and children of all ages, ethnicities and religions supported the war effort from home. They formed relief organizations, donated and rallied for the troops abroad and participated in civil defense. Everyone learned to ration food and many supported the increased focus on agriculture and industry.

Before and during the war, Americans also engaged in support of war-torn Europe, especially regions like Belgium who suffered greatly after German forces invaded.

The phrase “Homefront” itself was first used during the World War I era, popularized by the Liberty Loan campaigns. This war marks the first time America experienced a home front, as never before were so many troops so far from home. 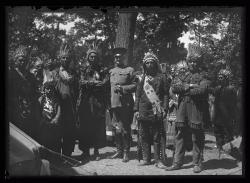 When the United States declared war on Germany and her allies in April 1917, the American military was in need of recruits. A combination of regular soldiers, National Guard, volunteers and conscripted servicemen compiled the largest U.S. Military to date- over 4.7 million service members worldwide by the war's end.

Maine furnished 32,032 fighting men to the war, about five percent of the state’s population. Many more men and women served in administrative or support service roles, at home and abroad.

Between April 1917 and December 1918, 1,032 Maine men and women gave their lives for their country. Countless more returned wounded, both physically and psychologically. The introduction of modern warfare with mechanized weaponry, submarines, trench warfare, chemical weapons, and newer technology like tanks and airplanes, took an immense and often misunderstood toll on the soldiers.

Their stories are acts of bravery, patriotism, camaraderie, perseverance, humor and sadness. Each story is unique, but tied together by shared experiences and sacrifices, many paying the ultimate price. 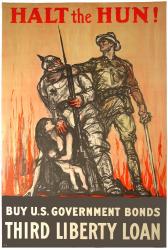 The first World War radically effected American lives and communities, and directly influenced our current political climate with its extensive role in the re-shaping of Europe and the Middle East. In a period of immense turmoil and uncharted territory, emotions ran high and uncertainty rampant.
Similarities such as the potential collapse of national economies, the threat of terror, fear of immigration, and demonization of ethnic and religious groups run parallel to the fears and anxieties felt by the Western world today.

But World War I didn’t just change far-off lands; it changed America. Women’s rights, Prohibition, isolationism, immigration reform, culture and the economy are but a few of the ways the United States changed after 1918. Even America’s reputation dramatically shifted in the post-war era.

As with any growth, there are opportunities and pitfalls. By better understanding the contributing factors and the impact of WWI, we can better inform America’s future.

A Farewell to Arms 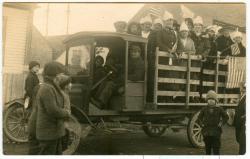 At the eleventh hour, on the eleventh day, of the eleventh month in 1918, a cease fire was declared along the Western Front. The Allied forces declared victory over their German opponents, the only Central Power still at war. The negotiations for a cease fire were largely precipitated by President Woodrow Wilson’s “Fourteen Points”.

The news of the armistice was celebrated around the world with newspaper headlines, parades, parties, and in many instances Allied and German joint-celebrations along the front. While hostilities ceased on November 11, lengthy peace talks continued for over six months. The war officially ended on June 28, 1919 with the signing of the Treaty of Versailles.

Initially known as Armistice Day, November 11th was established as a national holiday a year later in 1919. It is known as Remembrance Day in Europe and the British Commonwealth, and Veteran’s Day in the United States. Each year, the service and sacrifice of veterans from all conflicts are honored through this World War I tradition. 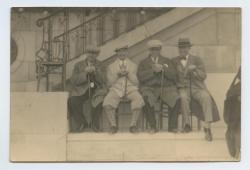 World War I was a brutal and hideous war. The physical and emotional effects of modern warfare were felt on many levels. With a military force larger than any before, America searched for new ways to support its returning soldiers, as well as their families.

However, veterans of the first World War faced numerous hurdles. Many servicemen returned to discover their jobs, their farms, or their homes had vanished while they served oversees. Faced with readjusting to society, and limited government support, many returning soldiers struggled. But many more found the support they needed amongst themselves and their local communities. Their perseverance and commitment helped establish the Department of Veterans Affairs, and paved the way for their successors and the veterans of today.

The Great War and Armistice Day 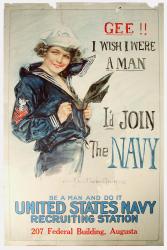