My Maine Stories
> Immigration Stories
> Love is greater than peace, For peace is founded upon love

Love is greater than peace, For peace is founded upon love...until love is attained, Peace can not be

A story by Parivash Rohani from 1980s 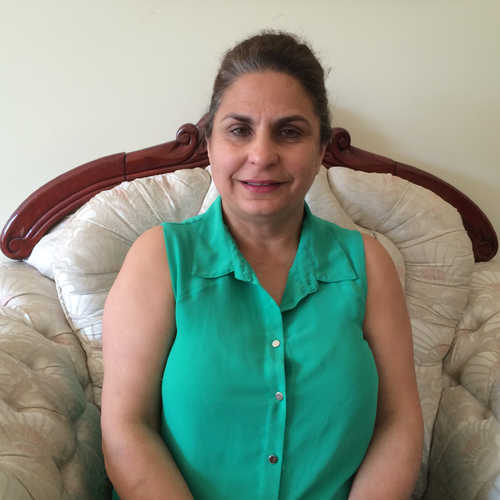 My name is Parivash Rohani and I am from Iran. I belong to a largest minority religion in Iran called the Baha'i faith. The Baha'is were always the target of persecution and discrimination. We never enjoyed the same rights and privileges of other Iranian citizens. We were always considered infidels, untouchable, unclean and subhuman. In 1979 my house was burned down along with 500 Baha'i homes due to our religious affiliation. At the time of the incident I was only 19 years old. I was the oldest child and only daughter of the family. My parents being helpless and desperate to protect me, encouraged me to leave Iran with two of my cousins. At the time we thought we are leaving our country for short a period of time. The rumor was that the revolution would not last and everything would be back to normal. No one thought the religious leaders were capable of running the country.

With hope that we would be back soon three of us left Iran to India. We went in search of safety and freedom to India. Within the few months of staying in India we realized our stay is going to be longer than we envisioned. We stayed in India for six years meanwhile three of us got married. When we went to renew our expired passport at the embassy of Iran in India they informed us the only way for us to renew our passport would be to convert to Islam. They asked us to write a confession in the local paper about becoming a Muslim and then they would renew our passport. Of course it was not an option for us so we became stateless. The only way we could legally stay in India or travel was to become a refugee under the United Nations. So three of us chose to become refugees. I came to the USA in 1986 and after living in California for almost a year, I moved to Maine and found our home here.

"Love is greater than peace, For peace is founded upon love...until love is attained, Peace can not be." (www.baha'i.org)