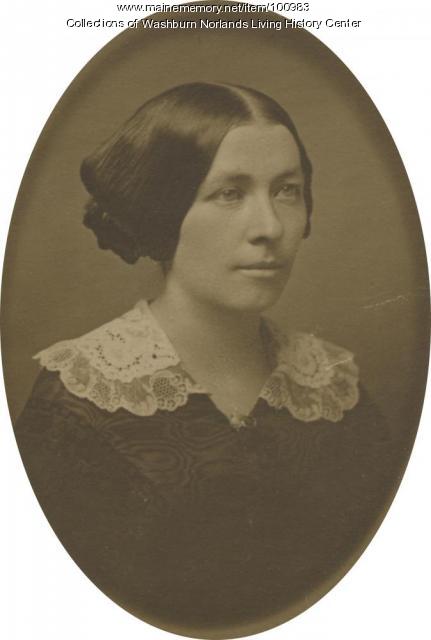 Caroline Ann Washburn Holmes was born January 30, 1833 in Livermore, and was the youngest daughter of Israel and Martha Washburn.

Carol Ann Washburn attended Waterville Liberal Institute and Gorham Seminary. She married Dr. Freeland Holmes on June 3, 1857. The couple lived in Foxcroft with their children, Fanny Washburn Holmes and Frank E. Holmes, until the start of the Civil War.

Freeland Holmes joined the army as a surgeon in the 6th Maine Infantry. He died in service in Germantown, Virginia, on June 23, 1863.