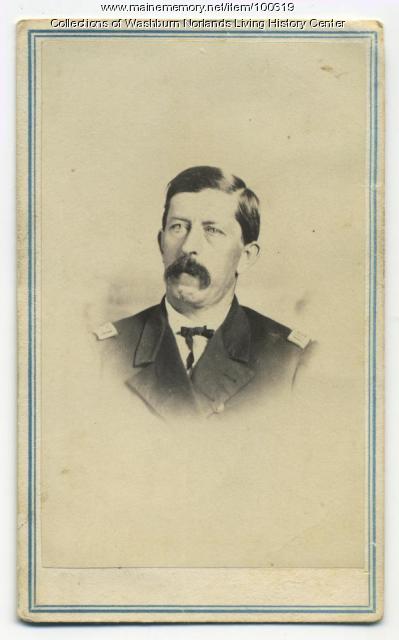 Samuel Washburn of Livermore served as Acting Master in the U.S. Navy during the Civil War. The U.S. Navy assigned Washburn to the ironclad gunboat U.S.S. Galena. When the Galena sustained fire during the Battle of Drewy's Bluff (Battle of Fort Darling) near Richmond, Virginia, Samuel was wounded in the hip.

Samuel Washburn had three children with his first wife, Lorette May Thompson. Two children, Sidney and Greenleaf, died in infancy. His oldest son, Samuel "Benny" Washburn, Jr., lived to adulthood. Lorette died in 1869. After her death, Samuel Washburn returned to Livermore to take care of his father and work their farm. He married Addie Brown Reade (1846-1914) in 1872 and had two daughters, Mary and Katherine.