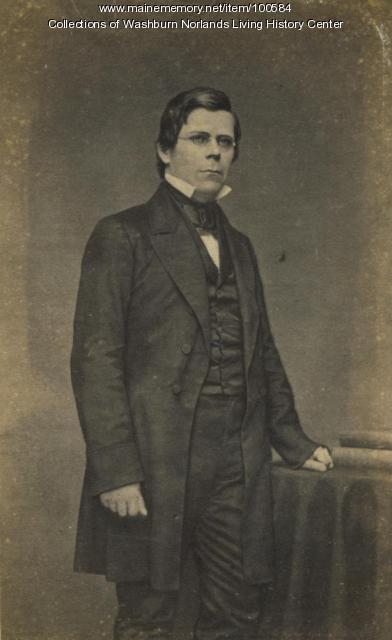 The eldest of 11 children born to Israel Washburn Sr. and Martha "Patty" Benjamin of Livermore, Israel Washburn Jr. (1813-1883) established a law practice in Orono after being admitted to the Bar in 1834. In Orono he met and married his first wife, Mary Maud Webster, in 1841. They had four children: Israel Henry, Charles Fox, Ada, and Anna Maud.

After serving in the state legislature from 1842 to 1851, Israel was elected to Congress and represented the 6th district of Maine from 1851 to 1853, and the 5th district from 1853 to 1861. Israel was a founding member of the Republican Party.

Israel served as the Civil War governor of Maine from 1861 to 1863. Afterward, President Lincoln appointed him as the Collector of the Port of Portland, a position he held until 1877.

After retirement, Israel pursued literary pursuits and became President of the Rumford Falls Railroad in 1878. He was an active member of the Board of Trustees for Tufts University (1852-1883).