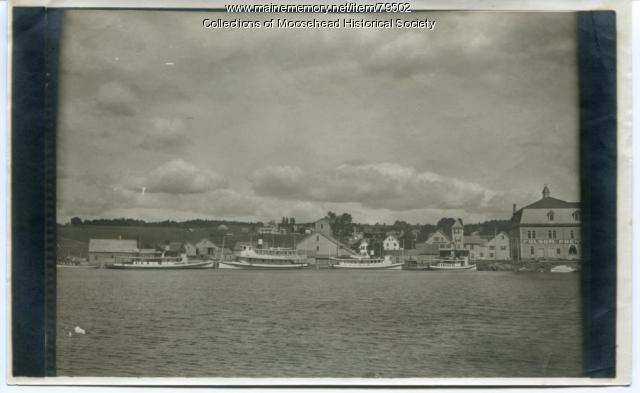 Shown here are five steamboats at East Cove, Moosehead Lake. Docked left to right are a small portion of the Marguerite, the second Moosehead, the Priscilla, the Henry M. and the Reindeer. These steamboats were owned by the Coburn Steamboat Company and they transported freight, passengers and mail to various locations on Moosehead Lake. As roads improved and automobiles became more numerous the Coburn fleet gradually declined.

The company's last advertisement in the Bangor & Aroostook publication appeared in 1937. Shown, also, in this photograph is the Gower Grist Mill, D.T. Sanders Store and the William Shaw residence.