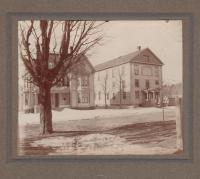 The Tuscan Opera House, centrally located on Main Street in Dixfield once served as the cultural heart of this river valley civilization. Serving at least five surrounding towns, the Opera House was originally built by and for the Independent Order of Odd Fellows (I.O.O.F.). The purpose of this organization was to support English immigrant worker integration into the Western Maine community.

The date of original construction is somewhat unclear, but believed to be 1891. One piece of evidence, a diary written by Nelson Rose who lived in Dixfield in 1901, stated that the predecessor of the current Opera House burned to the ground in that year. Mr. Rose recorded in January of 1901, "The I. O. O. F. Block burned down this evening about eleven." The architecture indicates that the current building was then reconstructed upon the original foundation circa 1905.

As for the purpose of the building, the Independent Order of Odd fellows was an organization created, as their website states, "to improve and elevate the character of man". Their principles included elements of “Friendship, Love, and Truth,” which are symbolized in their logo by three unbroken chain links, as well as values such as “Visit the sick, Relieve the distress, Bury the dead, and Educate the orphan”.

The Independent Order of Odd Fellows was one the oldest and most popular fraternal societies in Maine. This society became official in the 18th century in England, but its structure has roots that can be traced back to 13th century Europe. The Order originated from English guilds, in which workers from various trades would band together to help one another; later during the 17th century when guilds began to fade away and industry made people less connected, some wished to preserve the groups that supported its members. It was then that these groups began serving the poor and orphaned.

On April 26, 1819, in Baltimore, Maryland, Thomas Wildey and four members of the Order from England instituted Washington Lodge No. 1. With this, the Odd Fellows were spreading their organization across the Atlantic Ocean to United States. Then, in 1857 and 1892, two I.O.O.F. lodges were built in Kansas. On September 20, 1851 the I.O.O.F. became the first national fraternity to accept male and female members. The Daughters of Rebekah was the female component to the I.O.O.F., and in 1906, a Rebekah's Lodge opened an orphanage near Manhattan, Kansas.

The Independent Order of Odd Fellows and the Daughters of Rebekah still exist today, with over 10,000 lodges in 26 countries. Even though the organization is well over 200 years old, their purpose still remains the same: to help each other and less fortunate people through times of sickness, unemployment, or death. To visit their website, click the link below. 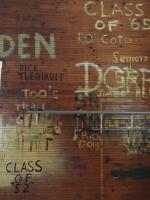 Dixfield's Tuscan Opera House is an impressive four-storied building. There was a kitchen and dining room in the basement, theater and dance hall on the ground floor, balcony and dressing rooms on the second floor, and the IOOF Lodge on the third floor, as well as attic space.

This building has been somewhat of a cultural center for the Town of Dixfield. It has provided a venue for concerts, summer theater, town meetings, and dances. Moving pictures were shown on Friday nights. St. Joseph's Catholic Church held early Masses there before its move to upper Weld Street. Because Dixfield schools had no auditorium before 1970, graduations, plays, prize speaking, proms and all manner of school productions were held at the Opera House. Even in 2013, the backboards still hold the memories and names of those who have stepped on her stage. 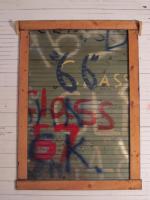 The Opera House was once again hit by fire in 1938. The moving picture machinery, owned by John Marsh, and much of the regalia of the Odd Fellows and Rebekahs were lost. The building, however, was saved. The Opera House was sold in the 1970s and became the site of several commercial ventures including an antique store and restaurants. In 2013 the building still stands as a ghost to its former glory, unused, and falling into disrepair. For many Dixfield citizens, however, the Tuscan Opera House will always generate many fond memories.

The images below are representative of some of the countless events that have taken place at the Tuscan Opera House.