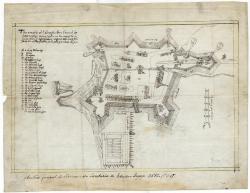 In August 1607, about 100 men arrived at the mouth of the Kennebec River on the ships, Gift of God and Mary and John, hoping to trade with Native Americans, find gold and other mineral riches, and discover a Northwest Passage to the Pacific and Asia. George Popham was the leader and Raleigh Gilbert was second in command.

The Virginia Patent, a grant signed by British King James I in April 1606, set up a South Colony to go to Jamestown and the North Colony headed for Maine.

One group of the Popham Colony immediately started building Fort St. George while another explored inland and along the coast.

Under Master Robert Davies, Mary and John left for England in early October carrying a daily journal he had written, but with little good news for the men who had invested in the colony.

A harsh winter set in, and with supplies running low, Gift of God left with half the men in December 1607 to return to England. Part of their goal was to save on the food that was left at the fort.

In February, leader Sir George Popham died. Raleigh Gilbert, 24, took over. However, he was not a good leader and did not get along with the Natives in the area.

Still, work continued. The men built a storehouse, along with other buildings, including a house for Gilbert. They explored, got food from the Natives, fished, and searched for gold.

They also built a 30-ton pinnace, the Virginia, under the guidance of their shipwright who was referred to in documents as "one Digby of London." By early July the men finished building the small vessel to help with their explorations and trading. This pinnace was the first English vessel built in North America.

The blacksmith shop they set up smelted local bog iron ore, as well as pig iron they had brought with them, into the wrought iron used to form the hardware they crafted for the vessel.

Mary and John returned in late summer 1608 with supplies for the Popham colonists, but also with news that Raleigh Gilbert’s brother had died, leaving him heir to much of the family estate. Gilbert had to return to England to claim his inheritance, and lacking his leadership and still remembering the previous horrible winter, the colonists decided to shut down Fort Saint George and return to England. 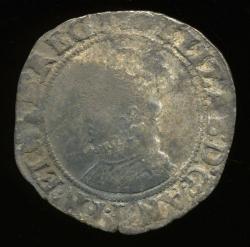 After making changes to meet the challenges of deep sea sailing, and accompanied by Mary and John, Virginia made her first Atlantic crossing.

In May 1609, carrying "sixteen proper men more," the Virginia left England, joining a supply convoy headed to Jamestown. She completed her second Atlantic crossing in September. Although she is rumored to have made more crossings, no documentation has been found.

Other English colonists gained important information from the Popham experience.

In Phippsburg are the remains of this one-year colony buried from 1608 until 1994 when archaeologist Dr. Jeffrey Brain with help from a copy of the 1607 plan of "St. Georges Fort," uncovered the first construction feature of the Popham Colony to be seen in almost 400 years.