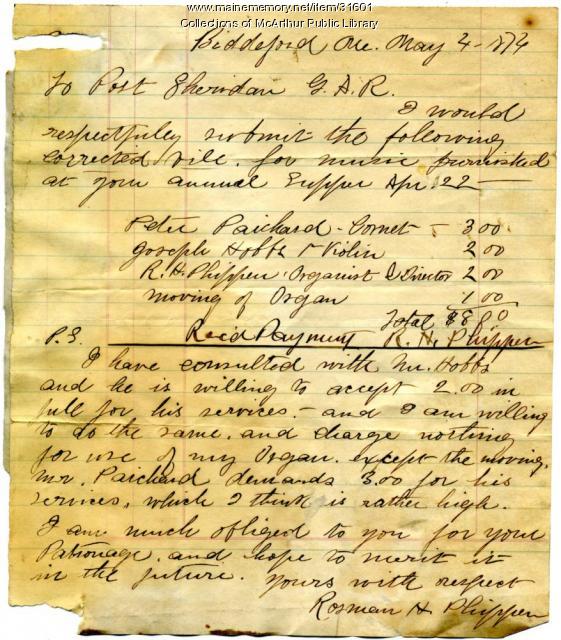 This is a bill for music performed at the Sheridan Post, Grand Army of the Republic annual meeting on April 22, 1876 in Biddeford. The performers were a trio including R. H. Phippen on organ, Joseph Hobbs on violin, and a young Pierre (referred to here as "Peter") Painchaud on coronet.

Painchaud is chastised in the bill by band leader Phippen because he refused to take less than $3 for the performance. At this time Painchaud's Band had been in existence for six years, and he was probably one of the most well-known musicians in town.