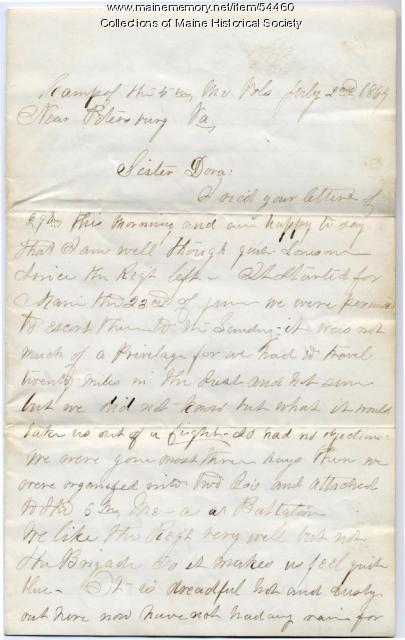 William B. Adams, who had enlisted in the 5th Maine Regiment on June 24, 1861, was near Petersburg Virginia in July 1864 when the 5th Maine was dissolved.

He wrote to his sister Dorothy in Lewiston that the soldiers who were mustered out started for Maine on June 23 and those remaining, including Adams, had what he considered the dubious privilege of escorting them to the landing. He said it was a 20-mile march through dust and those remaining were gone from their encampment three days.

He was attached to the 6th Maine.

He noted that he should not complain, since he re-enlisted after his initial two and a half years in the army.