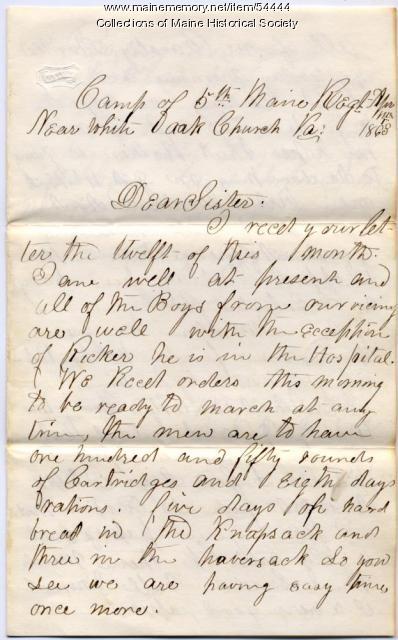 Writing to his sister in Maine, W.B. Adams of Raymond, a fifer with the 5th Maine Infantry, described preparations for a march, noting that the soldiers were to have 150 rounds of cartridges, eight days of rations, and five days of hard bread ready when called to depart camp near White Oak Church, Virginia.

Adams (1842-1922) told his sister that it had been "the most lonesome of any day since I left home and hope I shall not see another such."