When I arrived (in Skowhegan in 1907), the air was beautifully clear and frosty. The snow was as white as snow could ever be, and as one walked on it, it responded with a crispy clear singing. Its song was one of welcome to me. … I was willing to do all kinds of work just so as to get away from New York and have my wife and baby in a good, small place with plenty of fresh air. — Sussman Russakoff, "Memoirs" 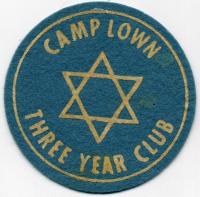 Jews like Sussman Russakoff came to Maine for the same reasons as so many others: they hoped to make a good living while enjoying the state's natural and cultural environment. The experience of Jewish Mainers, however, has been distinctive, shaped by their occupational choices, Jewish values, and, until recently, experiences of antisemitism.

Maine was home to a handful of Jews during colonial times. In 1849, Bangor boasted the state's first synagogue and its largest Jewish community: six families. Jews arrived in far greater numbers beginning in the 1870s, although Maine attracted only a tiny fraction of the two million Jewish immigrants who fled Eastern Europe between 1881–1924. In 1930, there were about 5,500 Jewish Mainers.

Most newcomers to Maine in the 19th and early 20th centuries gravitated toward work in the state's booming factories. Jews, however, tended to go into business. Jewish immigrants often began their careers as peddlers, traveling from farm to farm with a pack or a horse-drawn wagon to sell basic goods like buttons and thread, or to buy and resell used items. As soon as they saved enough money, peddlers bought stores in town and settled down to raise families. 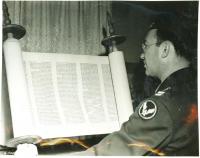 Jewish retailers, many of whom sold clothing, became prominent contributors to the downtown economy in large cities like Portland and Bangor, smaller towns like Old Town and Bath, and even much smaller places like Calais and Livermore Falls. Wives and children made crucial contributions to the success of these shops. Jews were also heavily involved in the junk business, the early 20th-century precursor to today's recycling industry: in the 1930s, for example, five of the six junk dealers in Waterville were Jewish.

The children of Jewish immigrants were just as interested in sports and dances and other aspects of American culture as their classmates. One characteristic that set them apart, however, was that they tended to stay in school. In 1930, when only 45 percent of Lewiston's 16- and 17-year-olds were in school, every single Jew of that age was a student. Among 18–20-year-olds in Lewiston that year, nearly 60 percent of Jews were students, in contrast to only 13 percent of the total population. Many of the Jewish Mainers who attended college went on to become professionals, especially lawyers, teachers, and doctors.

Maine's largest cities were home to a wide variety of Jewish communal institutions in the mid-20th century. There were, for example, 16 Jewish organizations in Greater Bangor in the 1950s, and about half of the Jews in that region belonged to at least three of them. 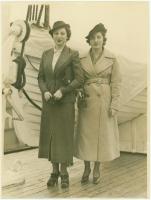 Sadye and Harriett Waterman on ship, 1936

Some of these organizations were religious in nature; others were cultural, philanthropic, or purely social. The Jewish community of Portland, the state's largest, supported a community center, a debating society, fraternal organizations, youth groups, and country clubs, as well as several synagogues.

Jews in smaller communities, in contrast, often struggled to support a single synagogue and to obtain kosher food. Strict religious observance, however, was not a priority for most Jewish Mainers, many of whom enjoyed both traditional Jewish foods like matzo ball soup and non-kosher Maine delicacies like lobster.

Jews sought to participate as equals in Maine's civic, cultural, social, and recreational life. For much of the 20th century, however, they were unable to do so fully because of antisemitism. Jews faced discriminatory hiring practices, were unable to buy homes in certain neighborhoods, and were denied membership in many clubs and social organizations.

Nearly two-thirds of Maine's resorts refused to accept Jewish guests in the 1950s, the highest percentage of any state in the union. Discrimination of this nature persisted into the 1970s. Despite these challenges, Jewish Mainers made significant contributions to the state throughout the twentieth century, as elected officials and civil servants, artists and cultural icons, philanthropists and community boosters. 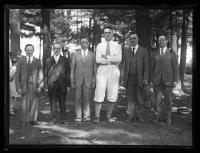 Teachers of the Portland Hebrew School, 1926

Jews continue to move to Maine in small but significant numbers. There are about 14,000 Jewish Mainers today, well over half of whom come from away. Jews remain atypical in their occupational and educational pursuits: in Southern Maine, Jews are more than twice as likely as non-Jews to hold college degrees and nearly four times as likely to have earned a professional degree.

Now that Jews have become fully integrated into Maine's society, however, they devote less of their spare time to distinctly Jewish organizations, many of which merged or disappeared in the latter decades of the twentieth century.

David M. Freidenreich is the Pulver Family Assistant Professor of Jewish Studies at Colby College. A graduate of Brandeis University, he holds a doctorate from Columbia University and rabbinic ordination from the Jewish Theological Seminary. He is the author of Foreigners and Their Food: Constructing Otherness in Jewish, Christian and Islamic Law (2011). His class on Jewish History in Maine created this online exhibit as well as a physical exhibit, "Lobsters and Latkes," that was held at Colby College in the spring of 2011.

Jewish communities in Maine have established religious and community organizations that served to meet their needs at particular times -- and that helped define what it meant and means to be Jewish in Maine.

Every group in a community contributes to and has an impact on the community's culture. Maine Jews were no exception.

Maine's small Jewish population and small cities and town challenged Jews who settled here. They both sustained their culture and integrated into the communities in which they settled.

Most Jews who chose Maine instead of the bustling urban areas where most immigrants settled probably saw more opportunity in Maine's small towns and cities. Through a pattern of contributing, advancing, and succeeding in occupations, the Jews who stayed in Maine established themselves.

Jewish teenagers fully integrated into the outdoorsy, athletic culture of Maine -- and held onto their Jewish roots, creating a single identity of which the teens were proud.