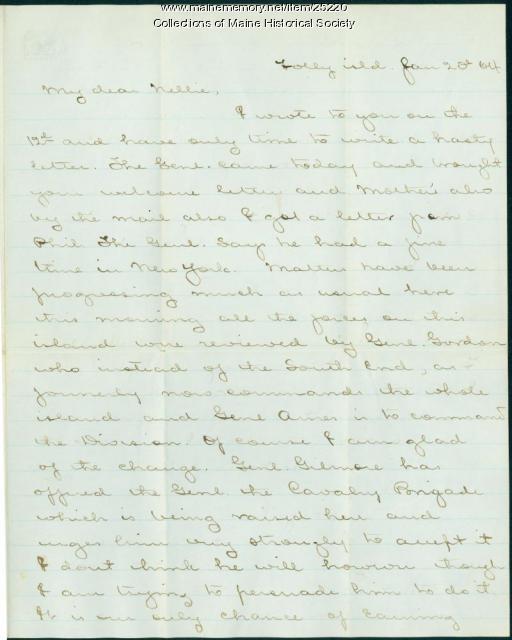 John Marshall Brown of Portland, with federal troops at Folly Island, South Carolina, wrote to his sister, Nellie (Ellen), discussing a change of command on the island and his hopes for some "distinction" as a result.

Federal troops occupied the island from 1863 to the end of the Civil War. It was primarily a base that housed troops and equipment. Troops housed there conducted the successful battle of Morris Island in 1863 in which federal troops captured Fort Wagner on Morris Island. That fort guarded Charleston Harbor.

Brown also discusses the conditions in his tent and a book he has read and recommends to his sister.