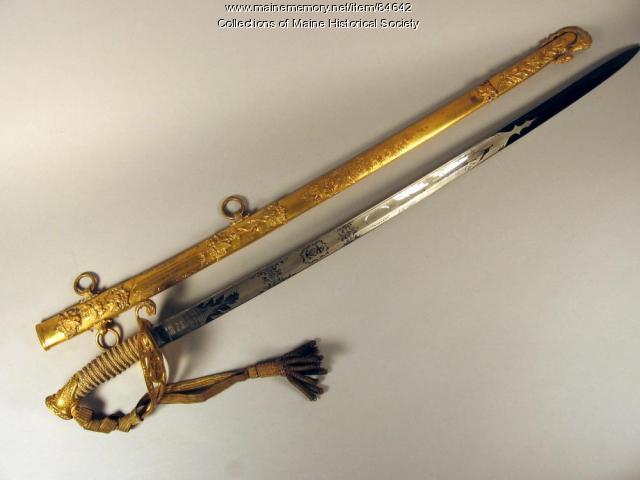 James Alden, a native of Portland, spent his career at sea. He had participated in hydrographic surveys on the West Coast and for the U.S. Boundary Commission before the Civil War.

During the war, he commanded ships involved in the Union blockade of the Gulf ports and, in 1864, led Admiral David Farragut's fleet at the Battle of Mobile Bay.

When he stopped his ship to clear mines that had just blown up another Union ship, Farragut reportedly yelled at him, "Damn the torpedoes, four bells." "Four bells" meant "full speed ahead."

Alden received the presentation sword at the National Sailors Fair in Boston in 1864.