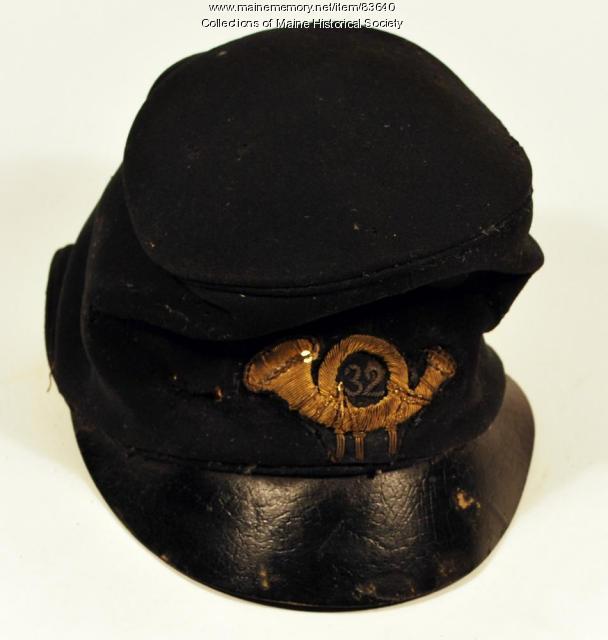 The bugle on the front of the wool forage cap is a symbol of the infantry.

John Marshall Brown of Portland, who wore the cap, enlisted as adjutant of the 20th Maine, but was later promoted to lieutenant colonel of the 32nd Maine.

Brown, son of sugar magnate John Bundy Brown, became a noted businessman and civil leader in Portland after the war.