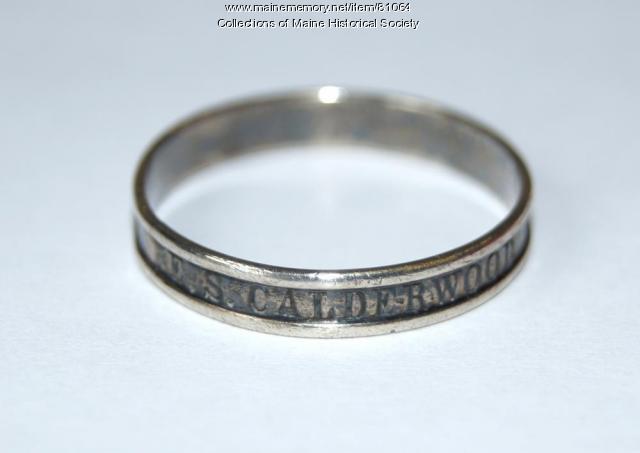 Eben Calderwood of Vinalhaven had this identification ring made at sometime after his enlistment as a private in Co. H of the 21st Maine Infantry on Oct. 11, 1862.

Calderwood was 39 years old and married with five children when he enlisted in the nine-month regiment.

The ring was one method soldiers used to insure they could be identified if they were killed in the war. Calderwood died on May 27, 1863, reportedly from drinking poisoned water. He was stationed in Louisiana.